Why are streets and sidewalks so empty? Why are there so many cars around me? How come it’s so quiet? Why did the police officer just nodded and smiled at someone smoking pot at the bus stop? Why is food so expensive? Why did we celebrate Labour Day in September?

Oh yeah, I’m no longer in France—this is Canada.

Mind you, I feel I’m stuck in a time loop. Another COVID wave is looming, a vaccine pass is being implemented in Ontario and in several provinces, people are protesting against both the pass and the vaccine, kids are back to school and some claim we’re doomed… yeah, I’ve heard all of that before a few weeks ago in France.

Meanwhile, here are a four more things I learned this year when I was “stuck” in France—wow, look at that, the vaccine made me so smart!

I spent the first 18 years of my life in France and the following 20 years in Canada or travelling all over the world. I have both a French and a Canadian passport—I can’t just “turn off” either part of my identity.

In Canada, I have an accent, foreign education, relatives abroad and “exotic” food tastes (according to locals). In France… well, I don’t really have an accent, but I occasionally use “interesting” colloquialisms or refer to concepts that just don’t exist over there, like “lunch boxes,” “references” or “driveways.” I’m clueless about the latest pop culture trends and “fuck that shit” comes out more easily than “putain de bordel de merde.”

Plus, my only sweater was my grey “Canada” hoodie, probably an offence to French fashion.

You won’t forget your other life

Feng was surprised how easy it was for me to interact with people in English when I came to pick up Mark in July—“dude, I chat with you every day and I work as a translator!” I said, laughing.

It’s true that I didn’t really disconnect from Canada. I was able to tell Feng when I hid the “emergency” Kinder Eggs—the tooth fairy has to show up even during lockdowns… I kept an eye on Canadian news for the latest updates on the lockdown situation, I worked with my usual Canadian clients, and I kept in touch with Canadian friends. So I knew everything there was to know about Ottawa, Canada, the weather and all.

Besides, I’ve been switching back and forth between English and French for 20 years, no big deal. Things are different for Spanish, Portuguese and Mandarin, it always takes me a few days to sound fairly normal.

I landed in France with the backpack full of everything I needed… for a three-month trip to Brazil. I quickly bought two pairs of jeans right when I arrived, just before the kind-of-expected spring lockdown. Over the months, I also bought toiletries as needed, but that’s about it. Turned out that I didn’t miss anything I own in Canada, and I don’t have much in the first place because I like to keep my life portable.

My laptop, phone, Kindle and camera, plus clothing were all I really needed for work, entertainment and creative projects—and half of the world don’t even get access to such high-tech items so I consider myself lucky.

The longer I live in North America, the more I get freaked out by giant houses full of stuff society tells us to buy and constantly upgrade.

Your own culture can feel entertainingly exotic

There’s a difference between staying “back home” for a little while and visiting during holidays—in the former case, you’re more involved. So I spent five months living… well, a French life. But first, I had to figure it out because the last time I was living a French life, I was 19 years old and I had yet to figure out life, period.

I discovered the art of cooking with French ingredients, how to solve various issues with various utility companies on behalf of my mom (pro-tip, the “I want to talk to a manager” line doesn’t work in France), how to deal with French family drama (I’m more used to “Chinese soap opera” drama in Canada), how to get things done the French way (most inefficiently but hey, that works too!) and how to enjoy another lifestyle.

So yeah, in a way, it was fun. I mean, I learned something, right? 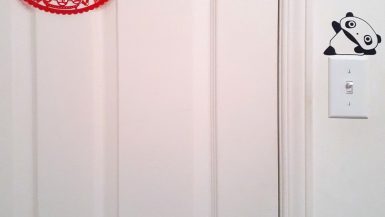 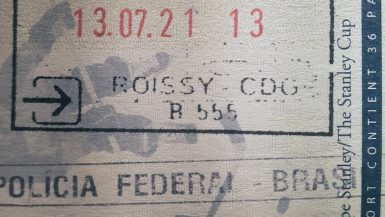