4 Reasons Why I Live In Canada

Unlike many immigrants, I’ve never planned to move to Canada—it kind of happened. Basically, I came here and I decided to stay. That said, it wasn’t a spur of the moment decision because I still had to go through the immigration process. I was in Canada on a tourist visa for almost a year, I had extended, then I applied for a working holiday visa. Only then I felt ready to apply for permanent residence.

Canada welcomes about 250,000 new immigrants a year. I doubt all of them stay and make Canada their permanent home, but it’s hard to get numbers and feedback when permanent residents or new citizens decide to leave.

Moving to a new country and adapting to a different lifestyle isn’t as easy it as it seems. It takes a lot of work, more than merely filling out paperwork. Immigrants may have to learn a new language, decipher new traditions and social norms, recreate a community around them and more. You never really stop being an immigrant, even long after becoming a Canadian citizen.

Yet I chose to stay. The first few years were tricky but little by little, it got easier. Looking back, I think five reasons made me stay in Canada.

I Was Able to Find Work Relatively Easily

When I graduated from high school in 2021, our generation was facing bleak future with jobs scarce. “C’est la crise,” as French say. Life felt like a tough competition because there weren’t enough jobs, enough housing, enough options.

The entire country was stuck—workers who should have retired couldn’t afford to because they didn’t have enough savings and faced increasingly higher cost of living, workers who should have moved up the corporate ladder (thus freeing entry-level positions) were stuck at the same level with no pay raise, etc. As students, we couldn’t even get hired at McDonald’s because skilled professionals who should have had better options but didn’t were already on the waiting list.

My future would have been spending four, five or six years at university using scholarship money for living expenses, and hopefully finding some kind of minimum-wage position in my field or not at one point. Canada was offering me a more optimistic future—I found work easily and people gave me a chance despite my lack of experience (with life, with work and with using English in a business environment!).

I Was Able to Get a Legal Immigration Status

To put it simply, I stayed in Canada because Canada let me stay. I wouldn’t say immigrating to Canada is easy, but there are options, programs and clear paths to permanent residence and citizenship.

I wouldn’t have stayed in Canada without a legal residence status. I hated being on a tourist visa for the first few months in Canada because I felt I couldn’t do anything—couldn’t work, couldn’t open a bank account, couldn’t study, etc. I mean, obviously, I was a visitor.

Getting a Working Holiday Visa was a step up but I still felt like an outsider. I started to feel at home after I was granted permanent residence.

I Knew I Would Be Able to Become a Canadian Citizen

Not all countries offer immigrants the option of becoming a citizen of their new country. I appreciate the fact Canada does. I didn’t want to be an expat or a foreign worker forever—I wanted to belong somewhere, to have a real status in Canada. I know I will always be an immigrant to a certain extent and I don’t mind it. But I’m also Canadian, which gives me the right to vote and to participate fully in this country’s life. I’m proud of the fact that I have a second home, a second identity and a second passport.

A year ago, one of my students asked me what I liked best in Canada. I paused for a minute and said: “Because overall, things work out fine.” French people love to rebel and there is always a strike or some kind of protest going on. Sure, anything is better than political apathy, yet it gets tiring because it feels like France is against everything and going nowhere. Canadians are more balanced. People tend to trust each other, work together and respect other opinions and cultures.

As I wrote three years ago, “Canada gave me a future, hope and the ability to choose the life I wanted. Little by little, jigsaw pieces fell into place. Today, I can’t really imagine what would have been my life if I had stayed in France. Maybe better, maybe worse, who knows. But I’m glad I took a chance. ” 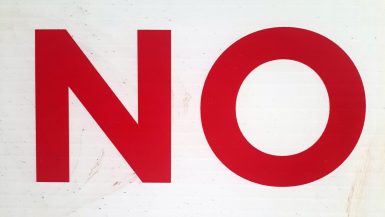