Last Wednesday, I explained Mark it would be our last trip to the beach because our French holidays and summer were almost over. But since consistency in parenting is apparently not one of my strengths, on Friday night, I announced we would spend another weekend at the beach.

Lack of consistency in parenting is not necessarily a bad thing—or maybe last-minute decisions are my parenting trademark and thus, I’m a consistent parent through my indecision and inconsistencies.

Also, Mark is almost ten and he is doing just fine, so fuck parenting rules.

We’re going through yet another heat wave, albeit shorter and not as extreme as the previous ones in July and August. It’s hot but the wind is cooler, the days are shorter, and the sky cloudier. It does feel like the last burst of summer weather.

I’m sure I’m not the only one.

On Saturday, the last tourists, day-trippers and locals in Les Sables d’Olonne did a great job pretending that it was the beginning of the season, not the last weekend of August. The beach was packed and the weather gorgeous. Yet, conversation topics had changed. I overheard people taking about “toxic jobs,” “annoying coworkers,” “expensive back-to-school supplies,” “long commutes” and other themes that had been remarkably absent from social interactions because “whatever, we’ll see in September, after the holidays!”

Our Sunday at La Baule was gloomier. The beach was much quieter, the people moodier, and the sky not as blue.

It’s definitely the end of summer. 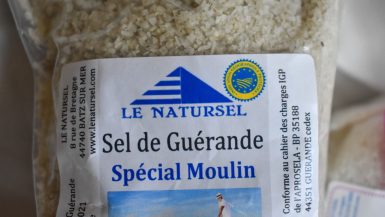