Back on Canadian Soil

So we are back on Canadian soil. The flight was a breeze, Mark slept all the way through from Nantes to Ottawa and we landed feeling refreshed. All we had to do once home was to grab one of the gourmet meals I always keep in the fridge for such occasions and go to bed.

Flying with a baby is a bit like being in labour. It’s painful, you feel it’s never going to end, minutes tick by slowly and hours drag on but once you finally make it you forget how tough it was. Whatever happens in the plane stays in the plane, anyway.

Mark slept for about an hour in total and it was a long flight. First we took the bus to Nantes Atlantique airport, and then flew to Amsterdam. The Amsterdam-Montreal flight was packed and a lot of kids were on-board—it felt like a baby and toddler revolution was in progress at times, as the bored and tired children were running along the aisles, screaming and protesting.

Feng and I were exhausted and just wanted to sleep or at least relax but Mark wouldn’t stop moving constantly, so we took turns to hold him, feed him and change him (do you join some kind of special Mile High Club when you change a poopy diaper on board an aircraft somewhere above the Atlantic Ocean?).

Finally, we arrived in Montreal seven hours later, where we had to wait for the strollers to be unloaded from the plane. Immigration, customs, a quick visit to the bathroom and we boarded the bus to Ottawa where Mark finally fell asleep—and so did we.

The monster—ahem, my lovely and loving son—doesn’t give a shit about the fact we have to unpack, take showers, fill the fridge and all. And yes, the fridge was empty, unless you consider a very old jar of dulce de leche gourmet food (mind you, it had been gourmet food at one point but this jar is way past the expiry date). For him, it’s business as usual, which includes parental attention.

Eventually, Mark went to bed and we started doing loads and loads of laundry as well as other chores—opening the mail, unpacking, answering emails from clients, etc.

Funny, the world didn’t stop turning when we were away—how rude.

Getting back into a routine is tough because we didn’t have much of a routine to start with. I left to France exhausted and at my wits’ end and guess what—I didn’t come up with a great plan or a miracle solution while I was away.

Mark is now crawling, destroying things as soon as he touches them and he is sleeping less and less. And I have yet to find both the mute and pause buttons on that kid. We are exhausted but he is not.

We had a great trip though, and we needed that break from Ottawa. I often say that the National Capital is a great place to live in but that you have to leave it once in a while to see the “real” world and step outside your comfort zone. Otherwise you may turn into one of these people who write to the Ottawa Sun to complain about the fact that geese poop in your backyard or some other major local issue.

We are back. I have no idea how the rest of the summer will turn out to be and I still don’t have a plan.

But hey, who cares? Life is more fun without the user guide! 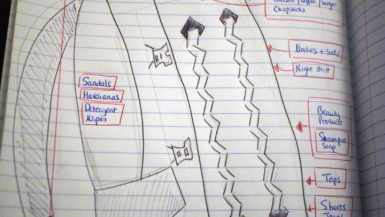 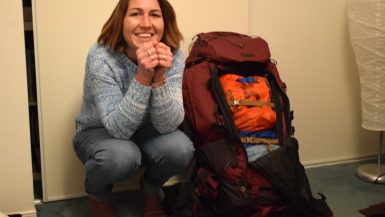 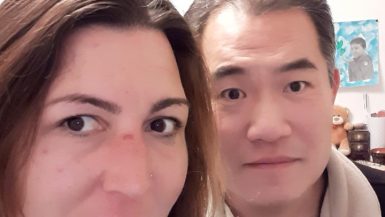