Baking a Baby in Canada, or Why I Have Never Considered Going Back To France

Mark was born on October 12, 2012. These articles were written shortly before his birth (it was a great catharsis!) and document the nine months of pregnant where I was definitely not glowing. Up-to-date stories coming up as well!

When I first learned I was pregnant, some people asked me if I was going to move back to France for a few months.

Their question surprised me because I hadn’t even considered the option.

If I had been an expat, I may have felt the urge to go back home at some point. But I am not an expat. I am an immigrant, a bona fide Canadian. I have been living full-time in Ontario since 2003 and I am a Canadian citizen. Why wouldn’t I trust the country I chose to call home?

If anything, baking the baby in France would have been more complicated. I left Nantes, my hometown, in 2001, right after graduating from high school. Since then, the longest I have lived in France was nine months in 2002—no, I wasn’t having a baby back then, I was working and going to university in Paris.

So I haven’t had an “adult life” in France: I have never had a real job in France other than a few assignments with a staffing agency, I have never rented an apartment, never used the healthcare system as an adult, never paid taxes.

If anything, having the baby in France would have been more complicated. I’m no longer covered by the French healthcare system for a start because, well, I am no longer a resident. I would have needed to support myself, and finding a job in France would have been very difficult, considering my lack of French experience—ironically!—and the fact that well, I’m expecting. And how about Feng? He isn’t French. Okay, he is probably more French than most Chinese-Canadian thanks to me, but he doesn’t have an immigration status in Europe.

Besides, I’m Canadian enough that having a baby here doesn’t scare me at all.

First, I speak both official languages and communicating with the medical staff isn’t an issue. So far, all the doctors I met were English speakers but that’s fine by me. I have no problem understanding them and I’m familiar with the medical terminology (its Latin roots are a dream for a native French speaker who took Latin in school!). If I hadn’t been fluent in English (or French), I may have considered going back “home”. Relying on a translator during a medical appointment or not being able to communicate your needs well must be very stressful.

I also trust the local healthcare system. Let’s face it: it’s not perfect but Canadian isn’t a third world country. French love to brag about their great healthcare system, but as good as it is, I can see its flaws now. I don’t trust French doctors more than Canadian doctors—why would I?

Both systems have their strengths and weaknesses. I decided very early on that I wouldn’t compare them because it seemed like the best way to drive myself crazy. Some tests are done in Canada and are unknown in France and vice-versa, some doctors are arrogant assholes and some are great, and the pregnancy police obsess over different things. Big deal. Among the differences I heard mentioned here and there, Canada focuses on diabetes tests while France is worried about toxoplasmosis, the way to calculate gestational weeks is slightly different and Canada takes a more open pro-breastfeeding stance. Nothing earth shattering.

I find most French who complain about the Canadian healthcare system do so because:

All of these reasons are understandable. If you are in Canada on a temporary visa or if you get pregnant just after landing, maybe going back “home” makes sense.

All in all, things were easier for me because I can’t really compare the two systems—I don’t know what having a baby in France is like.

So I’m happy to have a little Canadian-Chinese-French baby here in Ottawa. Maybe I’ll get a “good new citizen” bonus for helping populate the country? 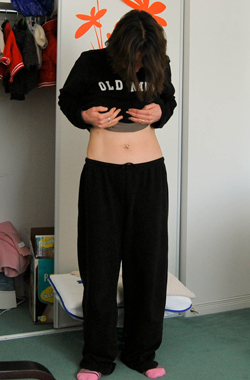 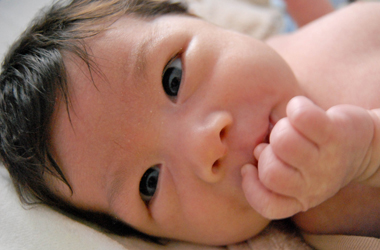 Pregnancy and Travel—Yes You Can!

10 Things That Feel Great When You Are No Longer Pregnant