Day three in Buenos Aires started with a chore most Argentinos probably fear: going to the bank. We usually exchange a small amount before we travel, but then we withdraw lump sums in the local currency at ATMs with our debit cards while on the road.

Since the economic crisis, Argentinians got screwed by their banking systems probably more than citizens in other nations. I still remember the look of desperation in people’s eyes when the peso was devalued in 2001.

First, we tried Santanders, but the withdrawal limit was ridiculously low, so we went to HSBC, but the ATM decline my foreign card. We ended up at Citibank, where the first question we were asked was: “do you need pesos or dollars?” “Pesos,” I said. The employee looked at me as if I was crazy—really, you want Argentinean pesos?—but let me try my card. It worked. Except that once again, the withdrawal limit was low and the fee charged fairly high. It reminded me of Patagonia in 2008 where we could never withdraw more than $100 at the time. Oh well. At least we don’t have our life savings in an Argentinean bank…

Then, we headed to La Boca, one of Buenos Aires most colourful barrios—literally, as the facades are painted bright primary colours, as port-dwellers splashed leftover paint on the corrugated-metal sidings of their houses, which later gave the area its claim of fame. La Boca is a very touristic area and El Caminito—the most famous pedestrian cobblestone-paved street—feels a bit like Montmartre in the summer, with buskers, tango performers and overpriced Italian restaurants. It was also very crowded, and somehow, our visit wasn’t as fun as I had expected. “This is your kind of neighbourhood,” Feng observed, surprised. “You don’t like it anymore?” I still do… but as much as I hate to sound like this traveler who complains about other travelers, La Boca is too touristic now, it lost its charm.

We wandered around the side streets to find La Bombonera, the famous stadium, home of La Boca Junior football club and its idol, Diego Maradona. Outside the few touristic streets, La Boca has a very working-class feel that reflects the history of the district much better—a barrio tainted with industrial waste, where the Spanish and Italian immigrants working in meat-packing plants lived.

After this, we spent the afternoon in San Telmo, another barrio famous for its antique shops. With its classy feel, narrow streets and colonial buildings, we felt like we were in Europe—even the curios were familiar to me, from the old Singer sewing-machines to the glass bottles of Ricard!

The contrast between barrios is fascinating, as you go from political areas to fancy neighborhoods, from dilapidated buildings to colonial mansions, from packed streets to empty avenues. 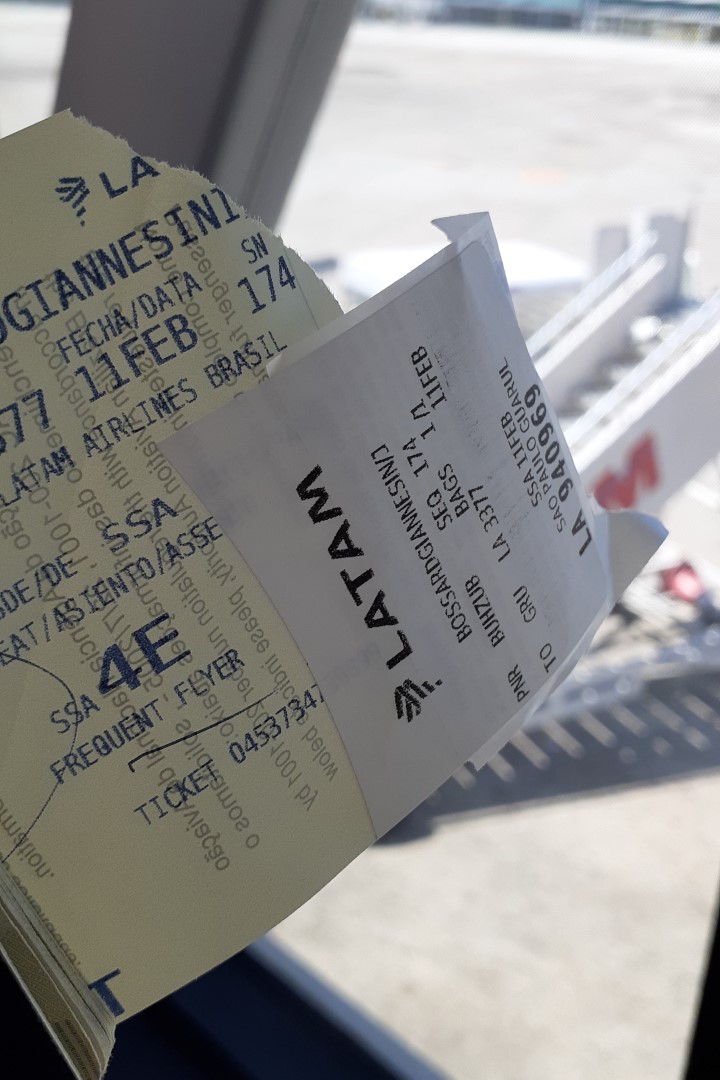