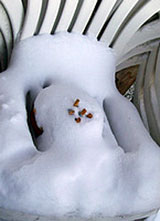 I swear that’s the last time I fill in for the receptionist. I’m a bloody French teacher. NOT a receptionist. And it’s Friday morning and I haven’t had a chance to eat my muffin yet (lemon – cranberries) and if the woman can’t even remember if she’s supposed to be in a group or a private class I really don’t think she will do that great as a student. And.. and I hate the phone. Remember Call Me (Not), or how I became a crazy Malaysian woman’s slave in Hong Kong? I had vowed to never touch again. So far, I have only managed not to buy a cell phone.

Granted, I don’t use the phone that much as a teacher, since I’m in a classroom six hours a day. Unless I fill up for the receptionist at the last minute because my class has just been canceled. But this is the first time in my — very short — career that I’m staying away from the dreaded machine.

Flashback. Winter 2004-05. I have just gotten my first Canadian work visa and my first official job here. The future looks bright and when I showed up the next day in a office suite across the city, spirits were high — as high as they can be at 8:00 am. After a 5 minutes introduction on the job (at this point, I had no idea why I came for because the staffing agency didn’t give me much info), I understood I was to be chained to a phone + computer, answering inquiries about a point card for 8 hours a day. Sounds trivial said like that — I agree. But that’s because you haven’t enter the wonderful world of inbound call centers, and probably because you don’t realize how much fuss can be made around a point card.

I soon learned the basics. Customers could be divided in three groups:

Genuine inquiries were a bliss to answer to. The computer would give us all the informations we needed to know and problems were most likely solved with a new card (“yes, after ten years it normal that your card doesn’t swipe as well, sir“), commonsense (“sir, using your card to scrape the ice from your windshield certainly isn’t recommended but it didn’t make your 100 000 points vanish in the air“), or some researches (“would you wife has been to the store on earlier this week? Because I see here 100 000 points have been used up just two days ago…“).

Lonely people were a bit harder to deal with. As much as we could understand them, we just weren’t allowed to make the conversation last too long. Our stats were sent to a big computer in the middle of the room and having too much calls in the queue could mean serious troubles. Like being the last one picked up to go to lunch. Yes… because we couldn’t all leave our workstations at the same time to go for lunch break, from 11 am to 2 pm, our supervisor would walk around and randomly select a few of us: “you, lunch break, 20 min.“. The worse thing was to be in the last batch, right before 2pm… since we usually started the day between 8 and 9 am.

Genuine assholes were tough to deal with. We weren’t allowed to be rude and taught to never ever lose control. Sounds easy like that, but how do you react after having being called a “stubborn bitch” for the third times in a day? You wouldn’t believe how much fuss can be made around a point card. People breaking up and splitting the points, people cheating and denying it even though the evidence is right there on the computer, people begging for favors…

…and found a job as a receptionist for a wholesaler, where I was working under DOS (this was 2005 by the way) because the guy was too cheap to upgrade. If you’re nice, next time I’ll tell you how I survived for that contract! 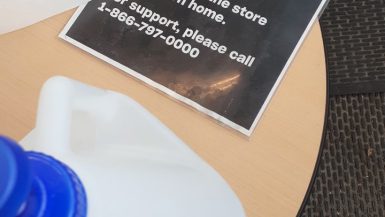 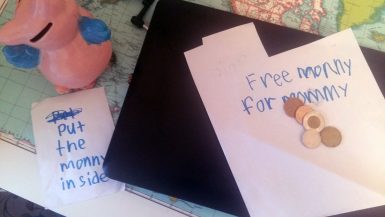