Checking Out the 2014 Capital Fair in Ottawa

Now that Mark doesn’t nap anymore, finding activities to keep him busy all day long is a real challenge. Every morning, I browse local news and websites frantically, looking for something to do so that we can avoid ending up at the mall. Frankly, anything will do. I’d get excited about the “Festival of Blueberries” or the “Straw Hats Week” if such events existed.

Last weekend, I got lucky. The Capital Fair had just started.

I used to love funfairs in France. In Nantes, the fair is held twice a year, in the spring and fall. As kids, we were super excited by the perspective of spending a few francs on sticky cotton candy and thrilling rides. The best part was to stroll past the stalls and the rides and pick the scariest or fastest ones.

My only experience with Canadian fairs was when the Super Ex was held at Lansdowne Park. It had been a significant disappointment. First, you had to pay to enter the fairgrounds and nothing was included in the admission fee—rides, shows, etc., were extra. I felt it was a rip-off. I mean, you’re basically paying to go spend money. In France, when you pay an entry fee to amusement parks (like Disneyland), rides are included in your tickets. At funfairs, you just purchase tickets for the rides you want.

Luckily, the Capital Fair had a “free admission” policy this year. Just what we needed!

Mark was too young for most of the rides, so we took him to the “Kidz Zone” featuring a bunch of free activities, such as the Reptile Rainforest, a petting zoo, musical instruments to try, etc.

There was a monster truck parked at the very end of the field and Mark was in awe of it. I think he would have taken it home!

Overall, I found the fair pretty friendly and fun, even though I don’t feel the same excitement as when I was a kid. That said, I would have loved to win one of these giant stuffed animals… but no such luck! 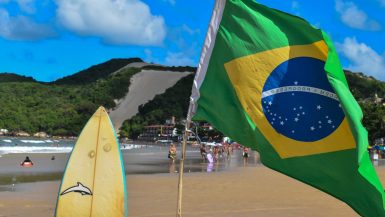 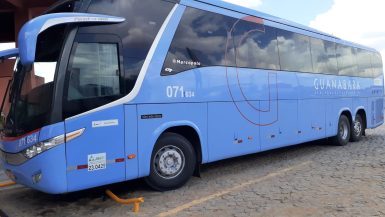