Back to the Maya World: Chichén Itzá

And we are back in Mexico for the final leg of the trip–one more week to go.

Crossing the border turned out easier than planned, as we discovered there was a boat from San Pedro to Chetumal. We didn’t even have to backtrack to Belize City—a 90 minute-long ride, a smooth one this time, took us across the border.

As soon as the boat arrived, we jumped on the quay and were told to stand in line, a few feet behind our backpacks. The military and a trained dog inspected our luggage but no one traveled with a few pounds of cocaine so we were let go quickly. At the other end of the spectrum, the migracíon officer didn’t even bother looking at our passports—he just stamped them without checking our IDs.

From Chetumal, we jumped in a bus to Tulum, three hours away. We somehow got a chicken bus that stopped everywhere. “Directo” in Mexico doesn’t mean “direct” as in “this bus won’t stop every five metres to pick up passengers on the ride of the road”, it means that you don’t have to change bus to reach your destination. Semantics…

By the time we arrived in Tulum, we were starving and tired and we didn’t accomplish much other than eating quesadillas and marveling at the modern convenience stores. Don’t get me wrong, I’m not a franchise person and I’m not a huge consumer in general. But we hadn’t seen a real convenience store (and much less a well-stocked supermarket) since southern Guatemala. Most stores in Belize and Honduras are just little tienditas where products aren’t always fresh. And I’m not buying yogurts unless I take them from a fridge that is actually plugged in and actually cold.

From Tulum, we headed to Valladolid—more on that later as soon as I learn how to pronounce the name of that city properly. Our first stop was of course in Chichén Itzá, a few kilometres away.

Chichén Itzá is probably the most famous and most visited Maya archeological site. The main temple is one of the icons of Mexico and it never fails to impress. We’ve been there three times and I’m still in awe!

Because Chichén Itzá is easy to access (unlike Tikal, for instance), you have to share it with hordes of tourists from Cancún. It does get very crowded and the parking lot was packed with tour buses. You can’t climb any of the structures anymore (we did in 2001!) which is kind of a shame.

Another annoyance was the number of tacky souvenir stalls in the site. Usually, in such places, souvenir stalls are outside or right at the entrance—it used to be like that in Chichén Itzá anyway. But now, stalls are lined up between each structure and it feels like walking in a market. Every two metres, someone tried to sell us plastic “Maya” masks and other tacky stuff. I know, the sellers are only trying to make a living, but it doesn’t make the site very enjoyable when you have to say “no gracias” every two minutes. I wonder if there are more sellers this year because of the whole “2012 end of the world” prediction?

Regardless, it was great to be back at Chichén Itzá and we enjoyed it despite the buzz. 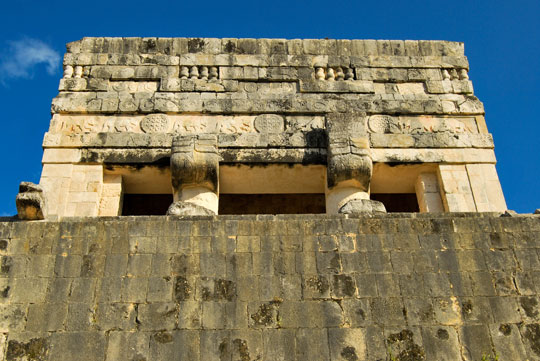 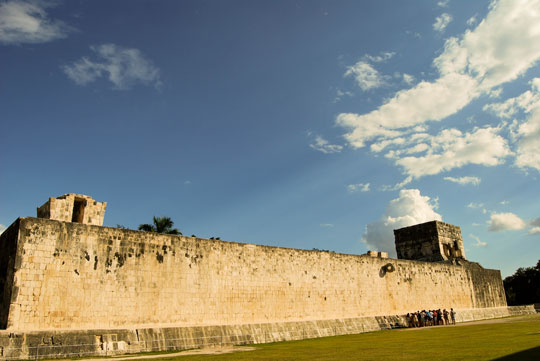 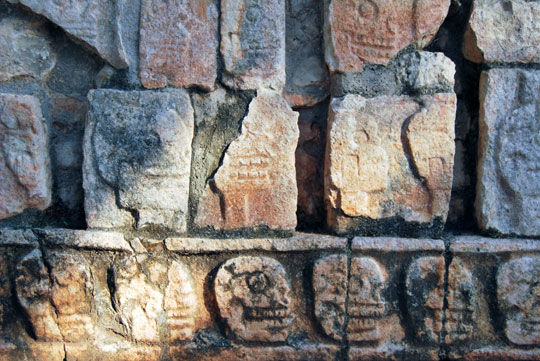 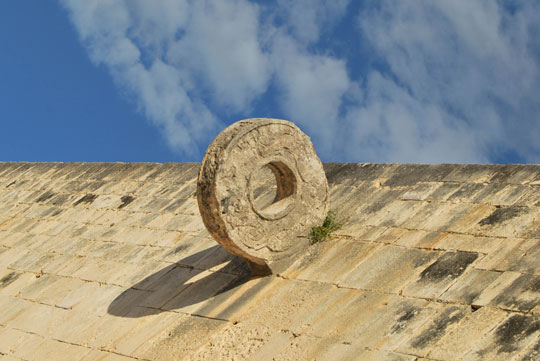 Guarujá – It’s Not the Destination, It’s the Journey