From Laowai To Canadian 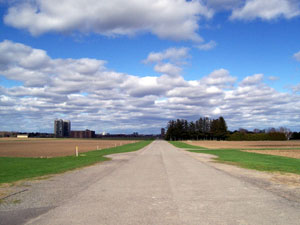 It’s me, Zhu. I’m a laowài, a foreigner, a white woman, an object of curiosity. An oddity in the streets of Hong Kong.

This summer 2001 is hot and humid. The typhoon season is in full swing and some days, I can’t even leave the 32nd floor of the building where I live. The whole island is regularly swept by strong winds and pouring rain. I live in Hum Hong, about twenty minutes from my office in Tsim Shat Shui. When the rain isn’t too strong, I still make my way to the office, knowing that my co-worker will otherwise make fun of me : “you’re not gonna melt… it’s just a bit of rain ! Just wait till we get the black rains alert, then you can stay home”. The walk to Tsim Shat Shui is pretty boring : I take undergrounds tunnels and it’s kind of creepy. I’m always afraid I’m gonna get lost… I only remember where to turn thanks to the advertisement posters, strategically displayed at every crossroad.

I’m 18 and I really want to belong to this crazy island. I just graduated from high school and this is my first job, my first glimpse of freedom. I left France with a one-way ticket and I’m waiting for Hong Kong to adopt me.

But I don’t speak Cantonese, and few people can communicate in Mandarin. I struggle to read signs, written in non-simplified Chinese : I learned the post-Mao characters. I try to live like a HongKongese : I work hard during the week and go to Lantau island on weekends, I eat Xiumai for breakfast and coconut bread for snacks. I rush everywhere I go and feed other people every time they visit me at the office.

HongKongese rush all the time. They rush to go to work, they squeeze in the subway, they gobble food to back to work faster, they speak fast, they think even faster. I can’t fake it, I’m a laowài. I’m stared at everywhere I go, even though the whole island probably know me by now. When I meet a mainland Chinese, I feel relief : at least, I can speak Mandarin. I’m uprooted. I can’t fake it. No matter how hard I try, I’ll never be Chinese.

In this post-apocalyptic month of October 2001, I flew back to France. I was to go to Mexico soon. Lost but not stranded yet.

My quest seemed pretty easy to me. I wanted to see the world and find a new home. Could have been anywhere on earth – I just wanted to belong somewhere. I wasn’t unhappy in France, but I didn’t fit, for some reasons. I didn’t want to be what people expect me to be. I didn’t want to carry the burden of history on my shoulders. I wanted to be in control of my destiny and thus choose where I live rather than just being a pawn on the big chessboard waiting to be checkmate.

During the next three years, I was a traveler. I was a lambda backpacker in Australia and New Zealand, a Latina in Central and South America, immersed in sounds, colors, accents and the road, the omnipresent road we were following, miles of concrete, sand or gravels.

By the time we came back from the last trip in 2004, I was longing for a place to live. Canada was going to be home, although it wasn’t that easy as the time considering the challenges : paperwork and adjustment to my new way of life.

Life’s funny. After traveling so much, I pretty much felt like a stateless person. My English was pretty good if not almost fluent, I could speak great Spanish, and I had no idea what happened in France during that time. After being a “foreigner” in China, I had been a world’s citizen and wasn’t thinking much of myself in term of citizenship.

When I arrived in Ottawa, I was back to being French. The North American’s way of life was a total mystery to me. Why so many TV channels ? Why so much food everywhere ? Why don’t you guys read books ? Why do you live 10 miles from the city instead of enjoying living downtown ?

Quebecers would spot me right away. I was French, that’s for sure. That posh accent, these endless sentences, this blind respect to grammar… grammar for god’s sake ! And these English words, “parking”, “camping car”, “estie pas au Québec lô!”. “Maudite française”, “damned French” was my new citizenship.

As far as English Canadians were concerned, I wasn’t a Canuck obviously, but political correctness prevented people from calling me names. I was a newcomer, a new Canadian, Western European maybe, but rarely I was seen as French.

And here I was, stuck in between. I was supposed to be French and felt European at best. People would ask me about Paris despite the fact I don’t have a clue about this city, I would be asked for advices for a French trip, for an answer about French kings on Jeopardy… Too bad people. I do not know. I left French when I was 18, haven’t lived an adult life there and only knew my hometown. I wasn’t much help. The only thing I could offer was French language and it was a bad idea to brag about it on front of Quebecers.

Time went by fast. I can’t believe I’ve been there for 4 years. Little by little, I adapted. People rarely ask me where I’m from now. Only from time of time, I get the “you think THAT’S cold ? You’ll see this winter !” when I complain about mild temperature. To which I can now reply : “I know, it was fucking freezing last year !“