Among all the French immigrants in Canada, Hélène stands out. First, she lives in British Columbia, in a fairly remote part of the country—this ain’t Europe-influenced Montreal. Second, she lives with her long-time partner, a Scottish man she met as a student in, you guessed it, Scotland. They tackled Canada together and they live in a cozy house, in the country, with their dog Freddie.

Hélène is adventurous, independent, strong-willed, funny and into fashion, among other things. Her blog, Une fille pas comme les autres, (in French) is a series of snippets of life—but this is not your usual diary. Through her articles, Hélène tackles big and small issues, feminism, work life and the expat mindset. She wanted her corner of the Web to feel like a “chat between friends” and she succeeded.

It took me a while to understand Hélène’s journey to Canada as well as the different sides of her life. The least you can say is that she is one intriguing blogger with a unique life!

You can read Hélène’s adventures on her blog, Une fille pas comme les autres and follow her on Twitter.

Hélène, this is your second expatriation move after years in Scotland. What prompted it?

I moved to Scotland as a student, as part of an exchange program (not Erasmus). I nearly ended up either in Sweden or Lithuania instead, this was a last-minute opportunity! Once there I fell in love with Scotland and a Scottish boy but I still dreamed of going even further, to either Canada or Australia. Turns out the Scottish boy also dreamed of going to Canada (one of the few things we had in common!). He visited first for a skiing course, then we went back again together a couple of years later.

My first goal was to get a working holiday visa, but I missed the deadline. So, I arrived in October with a tourist visa then applied for the one-year work visa. I found qualified work in IT, which landed me an 18-month work experience visa, then I applied for permanent residency.

At first, we didn’t know how long we were going to stay but I knew that being young, bilingual and qualified I would be able to apply at the federal level. Luckily, I was able to get sponsored by BC (PNP—the program doesn’t exist anymore) and have our residency fast-tracked.

You have French roots yet you didn’t choose to settle in Quebec. Even more surprising, you don’t live in one of the main cities new Canadians favour. Why?

A big appeal for me was to be in a country (Scotland) and then a province (BC) where I could be immersed in a different language. From age 12, when I first learned English in 6e (grade 6), I fell in love with the idea of living in a foreign country and speaking a foreign language daily. Going to Quebec didn’t seem like enough of an adventure. Besides, my Scottish other half still doesn’t speak much French after 10 years together.

We chose our little corner of BC by chance. They run a popular ski instructor program and that’s where my Scotsman went to get qualified in Canada (he is not a ski instructor anymore). Had it been up to me alone, I might have ended up in a bigger city like Toronto or Vancouver but I am very glad we ended up where we are. And funny enough, our little town of 5,000 people is actually well known in Australia and skiing/winter sports circle. We even have celebrities like Justin Timberlake who come here quite regularly and several movies/survival programs have been filmed around here.

It’s hard for me to answer this question without digging a bit deeper.

My life in France was my formative years, I left when I was 20. And while I do miss French food and fashion, and yes sometimes my family, I don’t have such fond memories of France. I didn’t have a very happy childhood and I went through some very difficult personal trials there. So to me being able to live the country was always a project, a way to start fresh and make new memories for myself. Plus, as a kid, I dreamed of being an anthropologist, so I was never going to stay there very long.

Scotland will remain the country where I became an adult. I finished my studies there, met the love of my life and had my first “real job.” Scotland really does have a special place in my heart and I love going back there when I can.

Canada is home. We are planning on getting our Canadian citizenship as soon as we are able and really fell in love with this country. I hope Canada will be the country where we have our family and live our happily ever after.

What aspects of Canadian culture do you enjoy?

It’s funny because Canadian culture seems to be quite different here in the West compared to Quebec and Ontario. I fell in love with the Rocky Mountains here as well as nature in general. I am still a city girl in some part of my heart but I discovered the joys of outdoorsy pursuits and of camping in remote spots in the summer.

I also feel like the laid-back Canadian culture really matches my attitude. The same goes for the accepting, all-inclusive culture here.

I appreciate that Canadians elected a prime minister who is proud to participate in events like the gay pride and supports refugees coming to Canada, especially when I see how the French are acting.

And which one do you dislike or chose not to adopt?

This is going to sound pretty shallow but one thing I cannot get used to here is the fact that women are happy to wear leggings and yoga pants every day. I guess it’s very French of me but I still love to dress up.

I also do not like Tim Hortons, bacon, and beer… Some apparently very Canadian staples.

More seriously, being close to Alberta we are surrounded by “redneck” culture and the cowboy culture. And while I respect and enjoy some aspects of, hunting/wearing camo/tail gaiting is not my thing (yet?).

How is your professional life going? You’re really a jack of all trades; did you find it was an asset in Canada?

Moving from Scotland to Canada, especially to a small town I had to accept my career would not be the same as it would have been in France or a big Scottish city. It’s something I still struggle with, the balance between the amazing quality of life we have here and my career. A bit of background: I have degrees from France and Scotland in Law, economics and management. Yet I wrote earlier I worked in IT! Well, I learned as I went since it was the only professional job I could find here. I’ve also worked in HR, marketing, community management, as an admin and as a manager. But here, trades are much more valued than my degree.

I am currently working for the government of BC in social services, and I feel like I can make good use of my skills (interpreting laws, learning software fast, providing caring service to clients, etc.)

I do feel like here careers are less linear than in France and people are more willing to give you a chance. And being a jack of all trades has actually really helped me get work and is valued here.

Do you have any advice to give to prospective immigrants?

Be ready for a wild ride! One thing I’ve learned, nothing ever goes according to plan. So plan ahead but be ready for things to shift quickly. When you are so far from your country of origin, your family and your culture, tough times can seem much harder because we don’t have access to our usual coping mechanisms and support system. But the joy of living abroad more than makes up for it. After nearly 7 years here my daily routine still feels like a fun adventure rather than a boring life.

And most importantly be open-minded. Don’t go thinking you know everything and all is best in your country of origin. Of course, nothing will replace a fresh baguette and good cheese from France for me, but while I miss these things from time to time I have also learned to embrace Canadian culture as well as Scottish delicacies (black pudding is delicious, who knew).

What’s the most Canadian thing you regularly do?

It’s very much related to where we live, but cross-country skiing and exploring the mountains is pretty Canadian and British Columbian.

How do you see your future?

I hope to become a Canadian citizen and continue making a life for ourselves either here in the Rockies or possibly in the interior of BC. I want to develop my career with the Canadian public service and expand our Canadian family. Who knows, maybe one day we will retire half of the year in Europe? 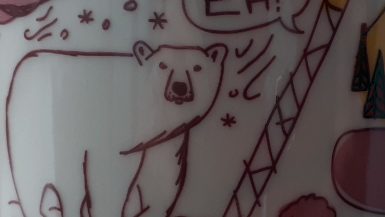 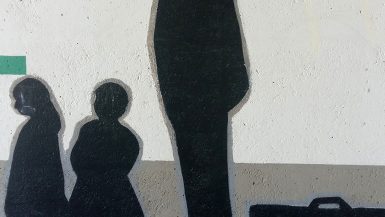 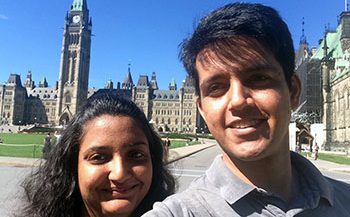