My Insightful Experience in an Inbound Call Centre (Part I)

In the fall of 2004, I applied for a Working Holiday Visa for Canada and I came back to Ottawa with the precious paper stapled in my passport. I obtain a social insurance number, purchased health insurance coverage (as a temporary resident, I was not covered by OHIP) and I wrote my very first Canadian resume to go job hunting.

The first lead came in early December. MaxSys, an Ottawa-based staffing agency, was hiring call centre agents for a short-term contract. The “language skills” section of my resume caught the eye of the recruiter, who was desperate for francophones.

I accepted the offer and was scheduled to start the following day.

I didn’t sleep much that night. I was 21, barely out of university, with very little work experience—none in Canada, really—and my English wasn’t great. Would I be up for the challenge?

The next morning, Feng drove me to the call centre, in a part of the city I didn’t know at all. A dozen of new employees sent by the staffing agency were waiting outside, at the doors of the one-storey building. We were all clueless (not to mention cold!) but willing to work.

Two supervisors showed up and led us inside. Debra was a soft-spoken lady in her forties and Kelly, who seemed to have seniority, was more assertive. The call centre was a huge open workplace with dozens of stations—half of them already occupied—each equipped with a computer, a tiny desk, a headset and an office chair.

Resolve, the call centre company, needed additional temporary staff for a General Motor promotion campaign held that winter that showcased safety features on GM vehicles. The “Hot Button” event invited consumers visiting participating dealerships to push the OnStar Hot Button in a designated vehicle to see if they had won one of the prizes, which included a number of GM models.

When customers at the dealership pressed the OnStar button, they were connected to one of the call centre employees. We had to follow a script—the only line I remember is the opening line because I repeated it so often: “Welcome to GM Hot Button! Are you ready to play?”—and we had to ask for the customer’s full contact information. Eventually, the computer would tell the customer if they had won a car or a truck—most of the time, they won cash to be applied toward the purchase or lease of a new vehicle.

I was assigned to a bilingual workstation (which meant I had to handle calls in both English and French) and provided with a printout copy of the script I had to work from.

I put my headset on and waited for the first call to come through. We had no control over the call flow—the computer simply beeped, a split-second warning before being connected to someone, somewhere in Canada. Sometimes, minutes would go by without a call. At the peak time, we handled ten, twenty, thirty or more calls in a row. Each call lasted a couple of minutes (we were encouraged to keep them under a minute), just enough time to get the customer contact info (you’d be surprised how many people don’t know their own address!) and to connect it to the virtual lottery program.

I was still new to Canada and I wasn’t used to the Quebec accent—understanding callers from French-speaking regions was such a challenge that I was relieved when I was getting calls in English. My knowledge of Canadian geography was pretty bad too. I didn’t know in which province were located the main cities, so if a caller claimed he lived in, let’s say, Medicine Hat, I had to prompt him to give me the province (Alberta). Some people were surprised I had never heard of their city. Some even ranted and complained that they were talking to someone in India—“No, we are in Ottawa, sir” I would assure them, without adding “I’m just new to Canada!”

Some callers found my French accent “charming” while others were annoyed when I asked them to repeat some info. But most folks just wanted to know if they had won a brand new GM car and were in a hurry to press the virtual “Hot Button”.

Some critics of call centres argue that the work atmosphere in such an environment is dehumanizing. It is, to a certain degree. Our calls were monitored by the two supervisors, who would sometime provide feedback in terms of obscure stats—the number of calls handled, etc. Our shifts were timed as well: we had to take turns eating lunch and taking bathroom breaks. The supervisors would pause us for two daily 15-minute breaks and a 30-minute lunch break that could take place anytime between 11 a.m. and 2 p.m. I didn’t see anyone getting fired for being late—Debra and Kelly were pretty nice overall—but we had been warned it could happen. Lunch breaks were quite boring. The call centre was located in an industrial complex and there was nothing within walking distance, plus it was too cold to spend time outside. There were a few vending machines in the otherwise bare break room—I remember eating homemade tuna sandwiches pretty much every day, alone, one eye on the clock and the other one on my boring lunch.

Some days were very slow, especially around Christmas and when the weather was bad—I guess people didn’t feel like visiting GM dealerships on Christmas Eve or on snowy mornings. In this case, we would chat with each other or play card games on our old computers without Internet access.

We were paid hourly: $10 for bilingual agents, and $9 for English-speaking agents. Back in 2004, it wasn’t a bad hourly rate, it was above minimum wage. Shifts were long (8 a.m. to 6 p.m.) because of the different time zones we were dealing with, and we had to work on Saturdays as well. At the end of the week, I was dead. My throat hurt from being on the phone all day long!

For Christmas, the two supervisors brought in food from a caterer—I thought it was a nice gesture. We were a relatively small team by call centre standards (about 50 people I’d say) and we were from all walks of life but the atmosphere was pretty good. It helped to get through the days.

My contract—and the promotion—ended in early January. On our last day, Debra asked me if I had another job lined up. I didn’t. “Give me your number,” she said. “I may have something for you but don’t mention it to the staffing agency”. 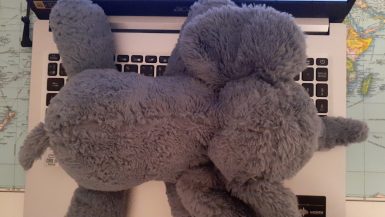 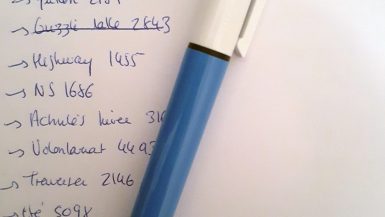 8 Secrets of the Translation and Copywriting Industry

You Asked: “Can I Work in Canada Without a Visa?”