[Interview] Isa: The Montreal Experience as a French

Isa is French and lives in Lyon with her partner. A lifelong lover of all North American things, she lived in Montreal for seven months in 2010, a city she fell in love with.

Isa decided to go back to France at the end of her visa for several reasons, and she is still toying with the idea to come back to Canada in the future. Meanwhile, she has great memories of Montreal, the city she called home for seven months, and she is sharing her experience with us.

You can find great pictures and travel-related articles on her blog, Let’s Go, or follow her on Twitter.

That is THE tricky question! I’m not going to say “once upon a time, there was a little girl who was dreaming of North America…” but that could be close to it. When I was a kid, I read all those great stories about the gold rush, Jack London’s Yukon, the vampires in Louisiana, Scrooge McDuck sailing on the Mississippi river… They made me dream about Canada and the US.

In 2005, I was 18 and I discovered all the great indie music from Montréal. At the time, I really wanted to experience what seemed to be a great city to live in. I met a friend who had been living there for 10 years. I saved money for 3 years and finally booked my plane tickets to visit not only Montréal, but Vermont, Maine, California and Utah. My very first time outside the European continent!

And I fell in love with Montréal. As simple as that.

2)     Did you find the visa process difficult? Which visa category did you apply in, and how long did it take for you to get it?

I have quite a complicated immigration process story. In 2008, my partner and I tried to get permanent resident status through the Quebec immigration program. We got to the interview stage for the CSQ but I got really sick and I had no idea if I was going to ever get better one day. Fortunately, I did, but we decided it wasn’t the right time for us to leave for a long time in a foreign country. Québec is cool, but not that great when it comes to the health care system.

We only completed the CSQ part of the PR application. It’s not that complicated if you’ve got all the needed forms and papers but it can be tedious. Nowadays, it’s even more complicated with all the language tests. It also takes much longer to have your application processed, (both for the provincial part and for the federal part, the stories of the “Oubliés de Buffalo” are pretty scary).

In 2010 I applied for an internship visa, through the Youth Mobility Program. It only took ten days to get the visa!

3)     What is one thing you learn/adopt in Canada and brought home?

My internship in Montréal was my first “real” job. It was hard on me because even though I was very familiar with the Quebec culture, I was still in a foreign land, far from home, with social codes I didn’t master and sometimes didn’t understand.

My first day was really scary. After a few weeks, I realized that I could do it, that I was efficient and that I loved it! This experience taught me self-confidence: if I can do it here, I could do it anywhere. Québécois (and North Americans in general) are sociable, friendly and informal when you first meet them. I brought that home!

Contrary to the popular belief, I received good foreign languages training at school in France. The classical argument “I learned English for 10 years and I still can’t speak it, so national education sucks!” bothers me a lot. I studied maths for God-knows-how-long and I still count on my fingers! You just have to be passionate, that’s all.

I learned all the basis at school, I enjoyed reading in English occasionally and it prompted my interest in North American civilisation and history. Later, at university, I decided I wanted to communicate better in English so I started listening to audio-books, watching lots of TV shows without subtitles (if you use them you won’t pay attention to the dialogues, you’ll just keep reading instead of listening!), I read a lot (books or blogs). I joined several music forums that helped me with my writing (I wrote posts and communicated with English-speaking people every day!). My English is far from being perfect, it will never be, but I keep on learning!

As for Canada goes, as I were living in Québec, I didn’t speak any English for 7 months. Even a big mixed city like Montréal isn’t the best place to learn English. There are a few English-speaking communities (in the Mile End and the West of the city) but it’s not the destination to pick if you want to improve your English.

I’m from Lyon, which might be one of the most expensive French cities outside Paris. I found Montréal very expensive. It’s true that housing is less expensive than in big French cities in general (though it’s less and less true) but the cost of living: groceries, internet, phone, cinema, public transportation was crazy to me. And we weren’t buying any expensive French cheese or wine! We were using local products. I know it’s not a very popular opinion, but eating well was expensive. It’s true that in Lyon we are very lucky, it’s a huge agricultural region so we’ve got everything local for nothing, but still!

I think it was the food. Not because North-Americans eat other specialties: I love Québec and regional North American food! I love me some good hamburger too! But I’m talking about processed food. I knew it would be very different (I studied it), but I wouldn’t have thought it was that bad: enriched flour (and enriched about anything), GMOs, when you buy fresh steak at the supermarket, it can be mixed with frozen steak… Stuff like that that was hard to handle for a foodie like me. Everything’s more salty, sweet, processed… We were only there for 7 months so I was OK with it, and we cooked a lot but I found it difficult to find cheap good raw products.

I feel more relaxed too. I found Montrealers “relaxed” (though when I discovered some other Canadian cities like Toronto, I’d say Montrealers are closer to Europeans, especially when it comes to driving!) and so I tried to adopt a less stressful way of life.

I’m only speaking for Montréal but I’d say the healthcare system. The lack of doctors and specialists. I had to go to the hospital once and it was just crazy. I’m very happy to live in France when it comes to the health care system.

I didn’t like is ViaRail, the train company, either. Most Americans say that Amtrak isn’t efficient at all but man, they should try to take a ViaRail train and it will put things in perspective for them! The public transportation in general, both through the country and in the cities is deficient, even in Montréal which is supposed to be one of the best in North America.

9)     What was the best part about living in Montreal?

In Montréal, you feel free. I felt free to dress the way I wanted to, to walk in the street at night without feeling threatened.  The city is incredible when it comes to culture and music. You’ve got 10 great shows each night of the week, you’ve got a ton of good festivals throughout the year, you’ve got great local beers and cafés, you’ve got great food and restaurants. All the neighborhoods have trees, gardens, squares, parks. You’ve got very different people, from the whole world. Montréal is very beautiful I think, one of the most beautiful North American cities. It’s full of life, it’s dynamic, it’s close to my beloved Vermont. It felt “easy” to live there.

The best moment of the year is when the snow is starting to melt, you have the feeling the city is a person coming back to life: everyone’s going outside, it’s sunny, the kids play in the backstreets, you’ve got lots of different kind of birds singing again… The band Arcade Fire would explain it better than me in their song “Month of May“. “Month of May, it’s a violent thing, In the city their hearts start to sing, Well, some people singing sounds like screaming, Used to doubt it but now I believe it”

That was an incredible feeling, one of the most powerful I have ever experienced!

10)  What advice would you give to someone starting the immigration process?

Gather information, a loooot of information! If you’re French speaking, I can only recommend the website that helped me the most:  www.PVTistes.net (now I’m proud to be part of the team!) and read lots of immigrant blogs.

Don’t think Canada is an Eldorado because it really isn’t. I think it’s an incredible place to live, and I’ll go back any day, but it’s not perfect. Before getting into a complicated immigration process, take a two-week trip and you’ll probably end up falling in love with the country. Though, keep in mind that when you’re a tourist, you tend to find everything new and beautiful.

You could still do an internship, apply for a work visa or a Working Holiday Visa. It is way less expensive than going through the permanent residence process and it is a good way to discover the country before you decide whether you want to settle there “for good”.

Immigrating is hard, not only because of the cultural differences but because you will leave a whole life behind you. Your friends and family will continue their life without you in it every day (even if it’s easier now with Skype and mails, it’s still not easy to admit!).

Most importantly: if you decide to go through the immigration process, that doesn’t mean you have to stay in Canada your whole life, you don’t need that pressure. Go there, live there a few years, then you can always come back to your home country for a couple of years, and then go back… That’s what I ended up doing! 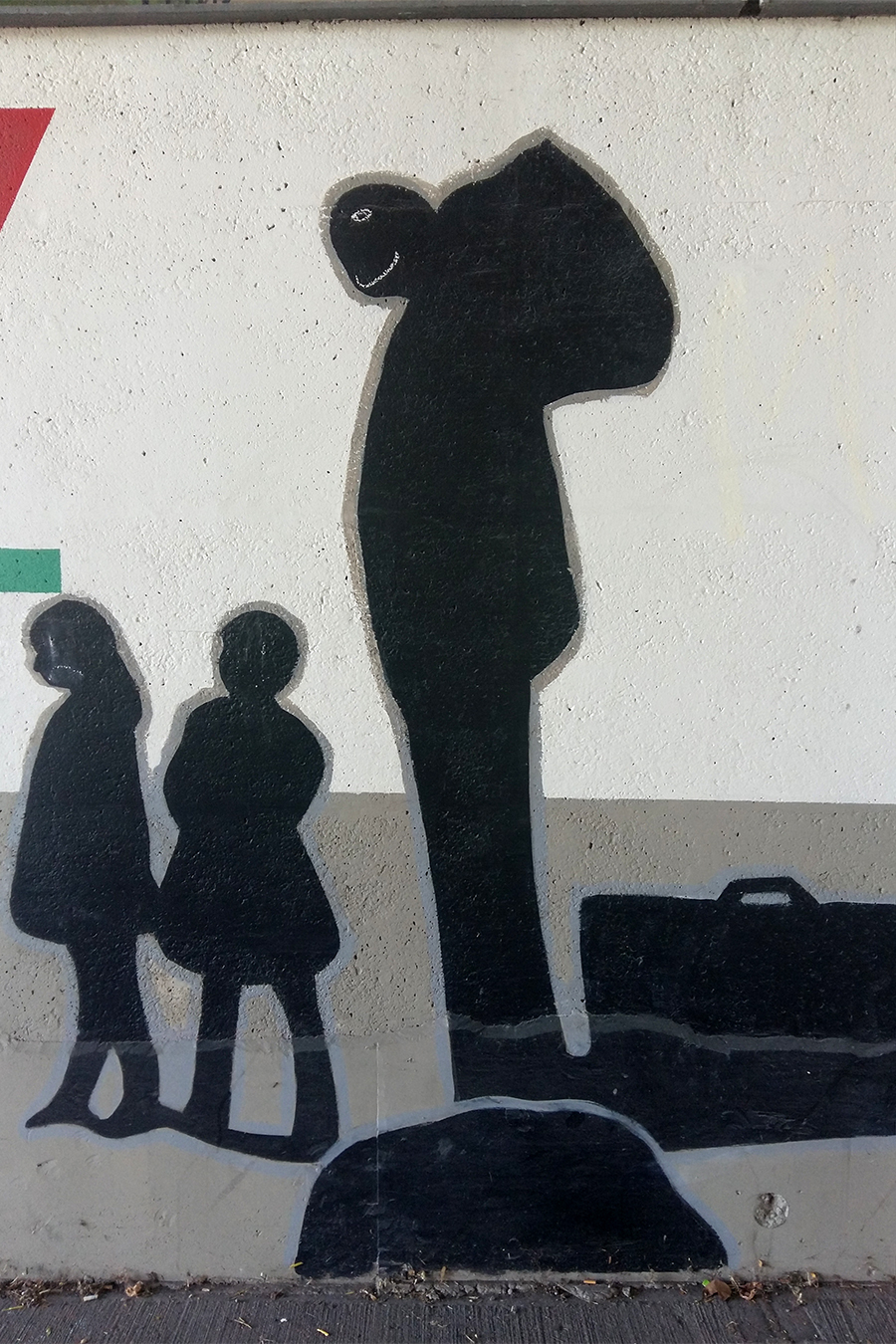 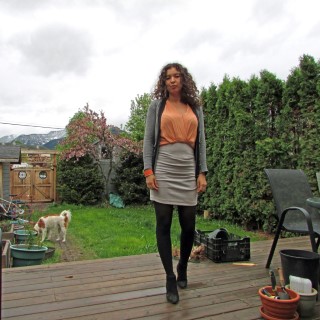 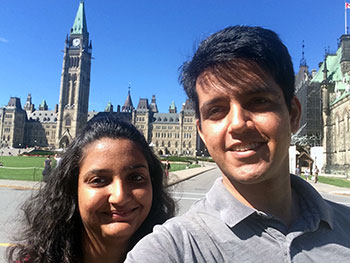