“Maman love you very much, sweety pie. And you know that mommies always come back, right? You are going to have fun with yeye and nainai for a little while, and then mommy will be back and we will do more fun thing together. Okay?”

I’m sitting on the floor in the room and Mark is listening to me—staring at me, even. My little boy. the kid who can make me laugh and cry in a space of a minute.

Ah yes. He pooped. Never mind, the moment is gone.

I’m not going to lie: leaving Mark was easier than I had thought. I know his grandparents will take care of him well. Plus, I guess that as an immigrant, I am used to leaving he people I love behind me—my family, my friends. Eh, I’ll be back. No need to be so dramatic.

I kissed Feng goodbye. I didn’t cry. I spent way too much time crying in airports, I think I ran out of tears.

We landed in Toronto in the middle of a snowstorm. Ten centimeters had already fallen on the tarmac and I was prepared for my flight to be cancelled.

Amazingly it wasn’t but we missed our take off slot and had to go to the de-icing station. All in all, we were stuck on the tarmac for a good two hours.

I flew Air Canada Rouge, a low-cost version of Air Canada where you have to buy your food and rent an iPad if you want some entertainment. I declined both and munched on a banana while reading books on my Kindle.

I’m in San José, Costa Rica. Why San José? Well, because the ticket was cheap, because Costa Rica is a nice place to explore, because I can still speak some Spanish after our trip to Mexico and because… because I had to pick a destination, right?

Flying is amazing. In a space of a few hours, I went from snow to sunshine, from empty streets to chaotic calles, from McDonalds to Pollo Campero, from freezing to sweating.

My passport was stamped, my backpacked showed up on the carrousel and I found myself in a taxi to la cuidad.

I had booked a bed in a hostel for the first night. I haven’t stayed in hostels in ages and it feels weird to be surrounded by 20 strangers yet being alone. At this stage, I’m too tired to care.

Feng and I have been in San José twice before, in 2001 and in 2008. I could vaguely remember parts of the city—it hasn’t changed. It’s chaotic, the streets are jammed and the sidewalks packed. It’s not a touristic as Mexico and definitely not as gringo-friendly. Not fancy world cuisine for backpackers but many fast-food franchises, such as Quiznos, McDonalds, KFC, Subway and Burger King. No convenience OXXO corner stores but small hole-in-the-wall bodegas. No familiar brands but Bimbo bread and Coke.

Now I have to be strong and self-reliant. 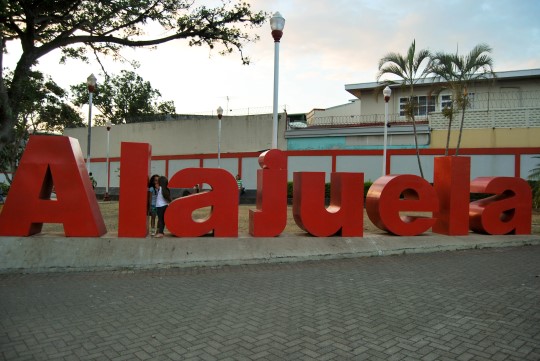 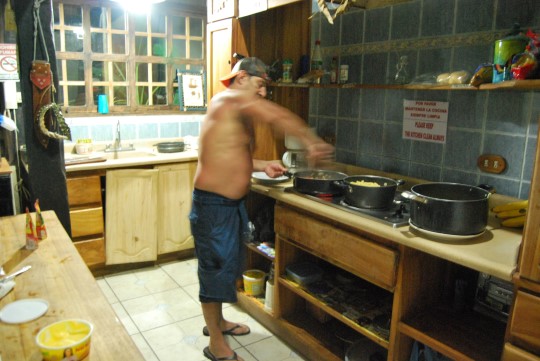 People (and Hostels) Are Strange