Don’t be scared. Just don’t be. Yes, streets are dark, pavement is uneven, buildings are covered with graffiti and the city could do with a facelift. Montevideo looks seedy. But beneath the seeming chaos and urban grim is a lovely city with relaxed, welcoming people.

Uruguay’s capital is safer than it looks, really.

The taxi zigzagged through traffic from Tres Cruces, the bus terminal/shopping mall, to Calle San José. The driver didn’t seem to know where he was going and neither did we. Eventually, we all found the hotel together. Mission accomplished.

During ride, I saw a supermarket open somewhere at the corner of a street. It was Sunday night and we needed food. After dropping off the backpacks and scaring a few cockroaches away, we tried to find it. We did—and we also found out that for a Sunday night, Montevideo was quite lively, much more than we had expected. There were people in the streets, a few shops open, kids playing at the park at 10 p.m.—sure, go ahead Mark, but take your turn to go down the slide.

After several smaller cities, it felt good to be back to some urban fun.

Our hotel had a small terrace with a view on the city and the Atlantic Ocean. Sure, I had to climb through the window and make a one-metre jump to the concrete below to access it—ever heard of balconies and doors, Uruguay?—but it was worth the effort. Up there, I felt like a super hero watching over the city.

At daytime, Montevideo looked just a grim, with more traffic and street noise. But I didn’t care, I wasn’t looking for a postcard-perfect place. I like places with a heart and soul and so what if Montevideanos feel like expressing themselves on every single wall in the city? Reading material for me! There were also side streets begging to be explored, different neighbourhoods to check out, the port, the old city, and…

Yeah, the beach as well. For a large city, Montevideo’s stretches of sand ain’t bad and the suburbs around them are posher and cleaner.

“In about one minute, he’s going to trip and fall in the water,” I predicted as Mark was sprinting on the sand, delighted to be at the beach.

Twenty seconds later, a soaked Mark ran back to us, a sheepish look on his face. I pretended I hadn’t noticed he was all wet even though Feng and I had seen the fall—and yes, we had laughed.

“I see,” I nodded. “Maybe you kind of fell in the water because you ran too fast?”

We walked along La Rambla, the long coastal promenade in the Eastern suburbs. Parts of Montevideo remind me of Santiago, like Ciudad Vieja, but Punta Carretas and Pocitos felt more like Copacabana.

In the city centre, Avenida 18 de Julio is a bit like a miniature version of Avenida 9 de Julio in Buenos Aires—there is even a small obelisk. Same month, different date and smaller scale. Then, at Plaza Independencia and its 17-metre, 30-ton statue of independence hero José Artigas, you can go through the stone gateway of Puerta de la Ciudadela, remnant of the colonial citadel, and explore the oldest part of the city. This area used to be really seedy but it became touristic and now it feels like a cross between Buenos Aires’s La Boca for the rough blue-collar docker atmosphere and San Telmo for the tiny street market.

Montevideo isn’t one of these cities where you can hop on a double-decker bus and tour the main sights in a day or so, like you would in Buenos Aires, Paris or London. Uruguayans are straightforward and very much used to live in the shadow of Brazil and Argentina. They don’t even try to compete, they’re just happy to be what they are. There is nothing spectacular in Montevideo, nothing you can take a picture of and brag to your friends, “hey, I was there!” This is a city best explored on foot, patiently, one block at the time, one neighbourhood at the time.

It took me three visits to appreciate Montevideo. Now I’m in love.

Then the storm came.

And we had to make decisions. Where next? How? 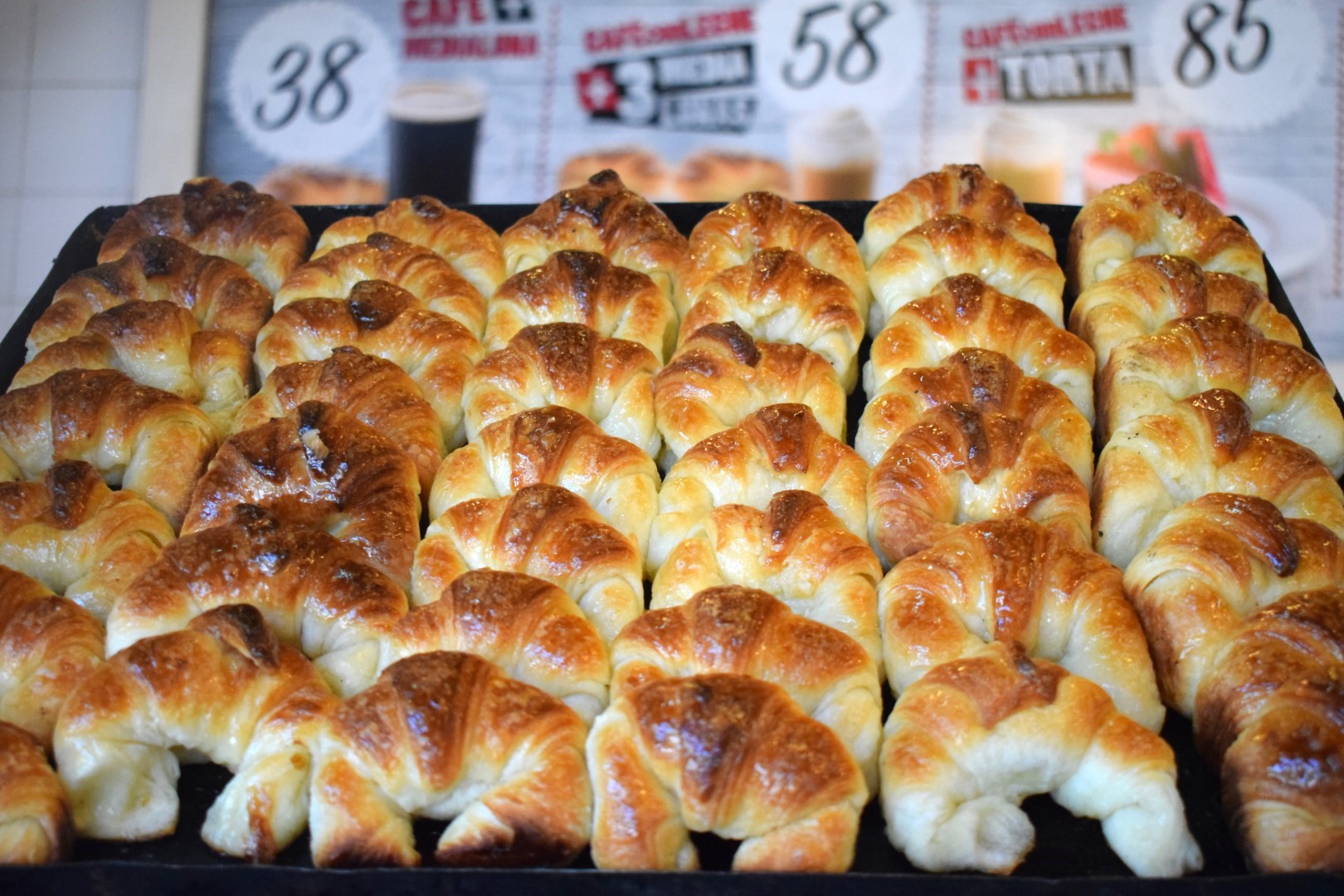 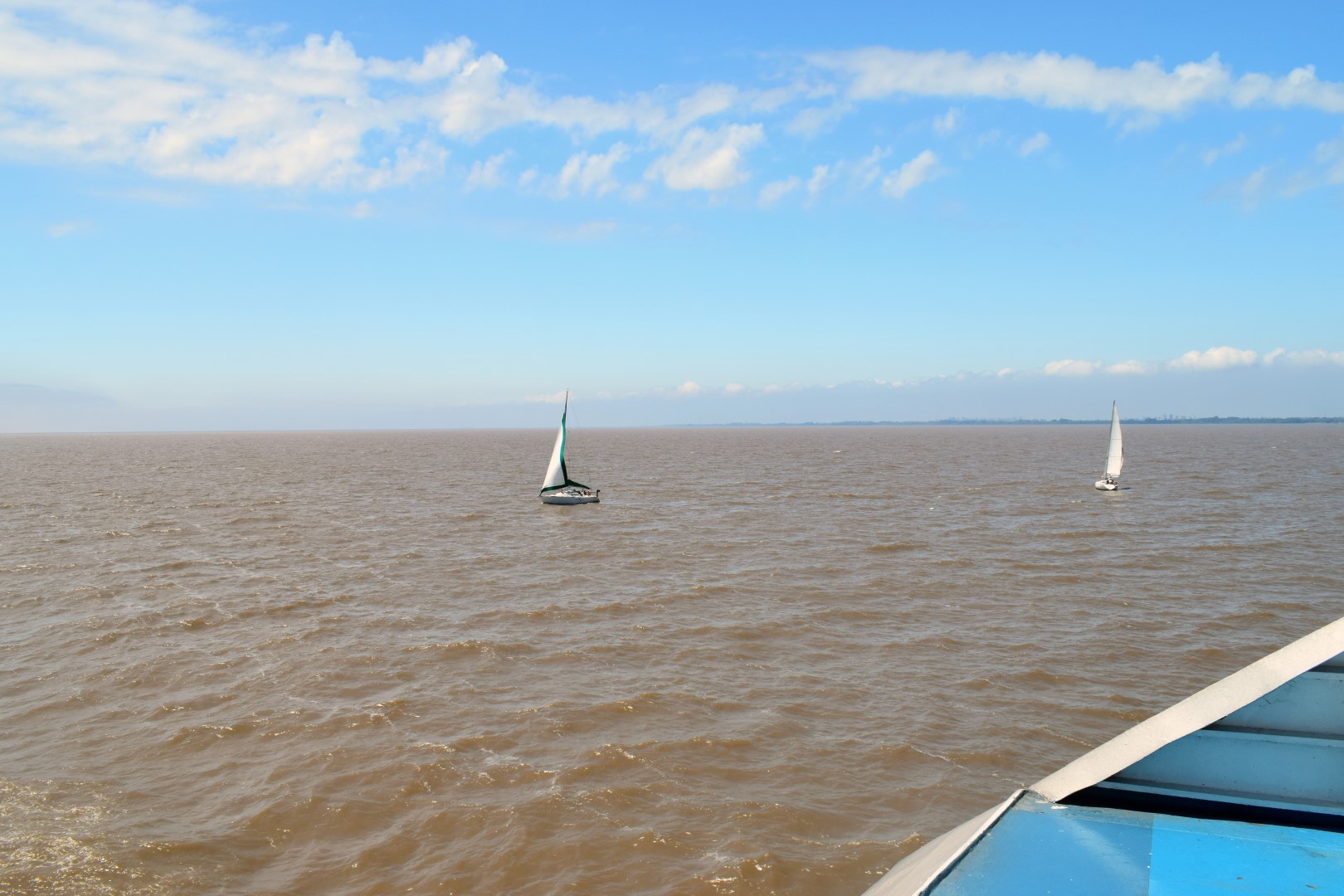 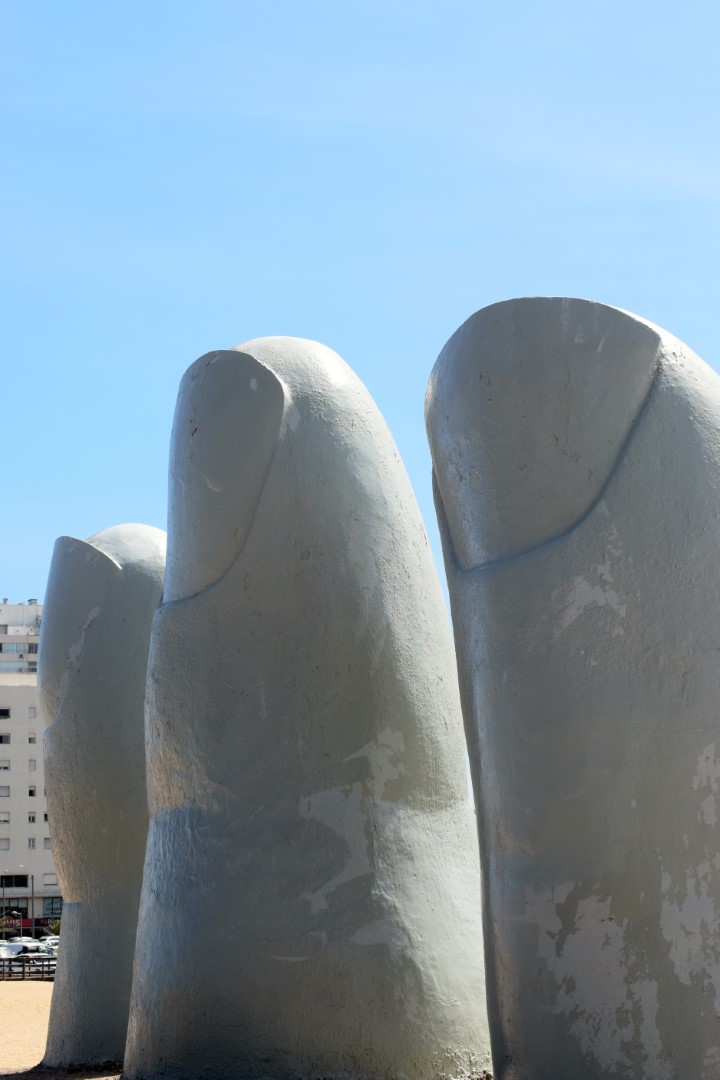