NYE 2022 in the Caribbean Sea but Without Water in Tulum

We are beach bumming in Tulum, and December 31 was no exception. In fact, we decided to end the year with the easy, classic snorkelling tour—step 1, walk on the beach and wait for some guy to say “snorkelling? Snorkelling?”; step 2, pay 200 pesos ($10); step 3, leave sandals on the beach; step 4, board one of the fishing boats leaving right now, hurry up.

The boat first speeds up to the north of the lagoon for a chance to see the Tulum ruins from a different perspective, then it goes straight to the coral reef.

The sea was surprisingly choppy, and Feng had this “what the hell did I sign up for?” look on his face. I don’t blame him, we had a few boat adventures over the years and he’d rather climb mountains than face the ocean.

Mark was still okay at this stage, especially after our sailing experiences in France last summer.

The boat stopped and we jumped into the ocean. This is when Mark started to freak out.

The reef range is between 12 and 6 metres deep, so even though Mark had a life jacket, dragging him back to the boat was tough. He isn’t a baby anymore, I can’t exactly carry him on my back like I used to do…

We tried again. I told him all these fascinating underwater creatures were definitely not going to attack us but he claimed he was “traumatized.”

I get it. I freaked out ten years ago when we went scuba diving in Cozumel. The water was shallow with stingrays all around us, and I felt trapped among them. This time was more fun—tougher to swim in the middle of the ocean, but more marine life. I even saw a few giant sea turtles!

We eventually came back to the Airbnb around 6 p.m., and this is when we discovered there was almost no water coming out of the shower and the various taps in the bathroom and in the kitchen.

Low water pressure was this Airbnb’s “feature.” Every place has a few quirks or issues—a showerhead spraying water everywhere in our first Playa del Carmen hotel, then the karaoke bar downstairs at the Airbnb, etc. Most of the time, you can just live with it, much like you get used to things working weirdly or not at all at home.

The Airbnb apartment in Tulum was newish, clean, and pretty good, but I doubt the electrical and plumbing work was up to code. “Looks like Papi did the job,” I told my mum. “Everything is brand new, it could have been perfect, but it’s one of these ‘meh, good enough, it kind of works’ job.” Case in point, many outlets were dead, and the first thing the host showed me was the circuit breaker on the wall.

I contacted the host on WhatsApp but obviously, on December 31, there wasn’t much he could do. One tap in the entire apartment had normal water pressure so we resorted to filling up buckets to rinse. Mark loved it… me, not so much.

Meanwhile, we were also wondering what to do on New Year’s Eve. The beach was off-limits with checkpoints everywhere. We were hoping for fireworks or some kind of party on Tulum Pueblo’s main plaza but it was pretty quiet. Most gringos were overdressed and seemed to be partying in bars, most locals were just hanging out outside.

We used Feng’s stash of firecrackers—how can he always find firecrackers, no matter where we are in the world?—and celebrated in the street, just the three of us, before the neighbourhood started going crazy with bigger, louder fireworks. 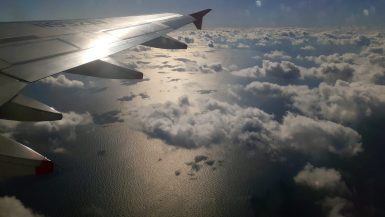 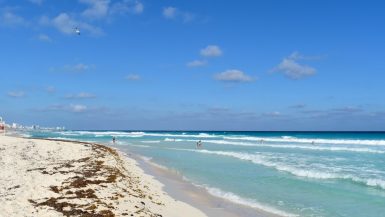 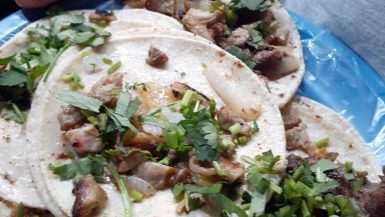