London was a great surprise to me. I had been to England many times as a teen, first by taking the ferry across the channel and later by the Eurostar train. England to me was buying “crips” with vinegar at Woolworth, taking double-decker buses across small cities, listening to Oasis (I liked them better than Blur) and bitching about the overall gloomy weather.

I dreaded the price of accommodation in London. Indeed, trying to book an hotel or hostel online was pretty frustrating. Most places were either overpriced with terrible reviews or overpriced and so far from London we had to zoom out from the map quite a bit to see where they were located. We eventually got lucky and booked a room in a nice neighborhood for an acceptable price, thanks to Expedia.

While accommodation remains expensive overall, food was much cheaper than I thought it would be — and much better too. There were tons of ethnic restaurants around the city (mostly Indian, Chinese and Italian) and a nice meal for two was around £20. A quick lunch in a pub for two was between £10 and £15. This is not cheap but definitely not as bad as I remembered it. And the food was good! I remembered all these “weird” English combination from my previous trips (chips and vinegar, mint sauce and meat…), but we had none of that. Fish and chips was good and Indian food with a British twist is very tasty.

I couldn’t get enough of British English. People just sounded so polite and so proper! And the signs cracked me up. In North America, they are mostly interdiction, such as “do not…”. The one that basically says “do not let your dog poop everywhere” is a good example of how elaborate and proper signs can get. Oh, and it took us a while to understand the “free withdrawal” signs above the ATMs. No, it’s not about free all-you-can-withdraw money (damn!) but rather about the fact that these particular ATMs don’t add an extra bank fee charge.

The Crazy Trip from London to France 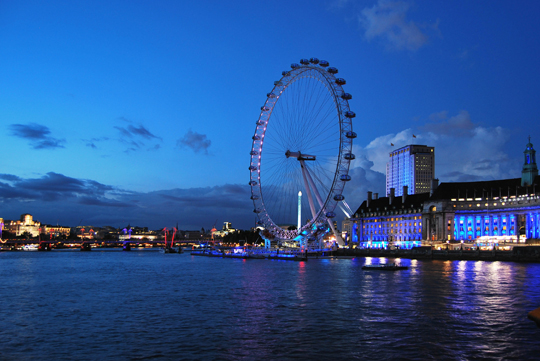