The Olympics Fever and Hyde Park

Even though we quickly realized that we wouldn’t be able to attend any Olympics events, we still soaked up the London 2012 Olympics Games atmosphere. Indeed, it was impossible to ignore the Olympics fever around us.

As a capital and a world-class city, I’m guessing that London is always a popular tourist destination in the summer (when the weather is nice… ahem, nicer-ish?). This time, the crowd was a bit different: at times, in the Tube or in the street, we passed entire teams of supporters, clad in their country’s colours. There seemed to be a lot of Europeans—French, Greek, Spanish, etc.—as well as Russians and Mexicans. However, there weren’t a lot of Asians—maybe London was too far or too complicated to get to? We also met “Team UK” people from all over the country, a lot coming from neighbouring cities for a few days in London.

The city sported some unusual Olympics signs, such as dedicated Olympics traffic lanes along the River Thames, and London 2012 mascots scattered across the city. I didn’t like London 2012’s logo and mascots actually, I found them ugly from an esthetic point of view—Beijing’s 2008 mascots were much cuter, and the logo was better, in my opinion.

We also stopped by Somerset House, a major arts and cultural centre by Victoria Embankment, to visit “Casa Brasil” that had free exhibitions in honour of the upcoming Games in Rio.

On our last day in London, we decided to check out Hyde Park. The weather wasn’t great and it was on a weekday, so getting into the park was easy—it turned out to be almost empty.

There wasn’t much there but a few big screens and a lot of overpriced food trucks. We decided to check out the “Cadbury House”: the famous confectionary company is headquartered in London and was a sponsor of the Olympics, so their products were sold just about anywhere—we easily could have ODed on Cadbury chocolate! British people really have a sweet tooth: I couldn’t believe the range of cookies and candy bar at the supermarket!

The Cadbury House was set up like Roald Dahl’s Charlie and the Chocolate Factory. I know it was kind of a lame publicity stunt, but I couldn’t help laughing at the hosts’ dry British humour when describing the history of the company—and the fact cups of melted chocolate “magically” appeared for all of us sweetened the deal. We were also given chocolate-gold medals, and had our picture taken on an Olympics podium. Yes, we are kids at heart, especially when chocolate is involved. However, we found the sweets tasted too sweet and not creamy enough, unlike the French/Swiss chocolate I like best. 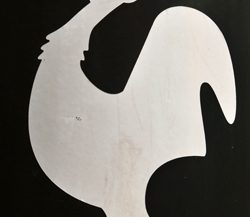 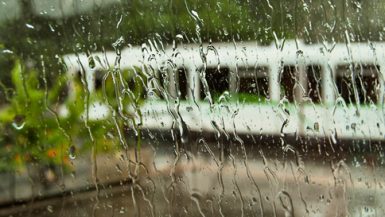 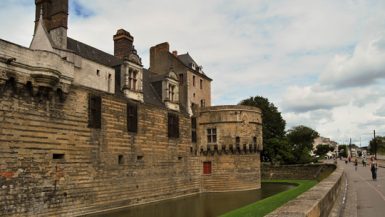