It’s no secret that Paris is a pretty (pun intended) expensive city for both travellers and residents. You can always save on transportation by buying a subway pass or walking everywhere, and save on food by eating like locals, favourite small boulangeries rather than pricey restaurants.

But you still have to sleep somewhere. And trust me, staying in a convenient and clean place makes all the difference in a city like Paris because you feel dirty and tired at the end of the day. You want a nice bed and a good shower at the end of the day, after a few stinky subway rides.

Nantes, where I grew up, is only a two-hour TGV ride from Paris, so I used to go to la capitale quite often. Sometime, I managed to take a one-day trip by catching the 6 a.m. train to Paris and the midnight train back to Nantes. But I often had to stay overnight in Paris, which invariably meant crashing at someone’s place. See, everybody knows how hard and expensive it can be to find accommodation in Paris, so anyone actually living there is usually happy to offer the couch (or some floor space) to friends visiting.

I have shared a single bed with many of my friends and a few strangers, I have slept on half-broken IKEA couches and even under a desk.

That was back when I was single, bien sûr.

When Feng and I first travelled to Paris together, I was naturally ready to dial “Paris SOS,” aka my network of Parisian friends who live in tiny studio apartments. But Feng did not like the idea of crashing at someone else’s place. I guess Canadians do not face the same housing problem as French do—there is a lot more space! It’s also cultural as North Americans tend to value personal space more than Europeans.

“We’ll find a hotel,” said Feng. “Isn’t it what we always do when we travel?”

Turned out that Paris hotels are easy to find online. Funny that I had never tried that before.

While I was already imagining us forced to stay in a faraway suburb (not the headline-worthy 93 département, I was mentally begging), we found quite a few options close to the main sights. And they turned out to be affordable.

See, Paris doesn’t have to be that expensive.

We stayed in a hotel close to Barbès that had the biggest bathroom that I have ever seen in Paris—it was like the size of your average student room. We stayed in another hotel in the same neighborhood where we barely had enough room for two people and two backpacks—and this time, the shower simply didn’t work. We almost stayed in a place that had a little bug problem but fortunately ended up being switched to another better hotel and spent the night just a few metres from the Eiffel Tower.

Moral of the story? Yes, you can find cheap hotel rooms in Paris through a few specialized websites. As long as you are willing to be flexible (let’s face it—you won’t find a room with a view on the Eiffel Tower, Montmartre, the Champs Élysées and Notre Dame, because contrary to what American movies seem to think, these places are not close to each other’s!) and do some research, there are great deals out there.

1)      Hotel rooms in Paris (and in Europe in general) are much smaller than in North America. If you are over 6’ tall, you may have to take some interesting yoga poses in the shower cabin. Just sayin’.

2)      Read the reviews and analyze them. I find that reviews are very helpful to get an idea of the place, but you can’t trust them blindly. For instance, I don’t really care if Mary from Chicago was offended that the hotel owner doesn’t speak fluent English, but I am worried if John from New York mentions bed bugs. Some people like to complain about everything while others raise valid issues—just weed out the complainers and focus on informational reviews.

3)      Focus on what matters the most to you. Location in a specific arrondissement? A historic hotel? Fancy amenities? Accessible room? Narrow down the choices based on your needs.

4)      Always print out the booking confirmation, especially if you use a third-party website and don’t book directly with the hotel.

5)      Skip the hotel breakfast and head to the boulangerie—you will get the same croissant but cheaper. 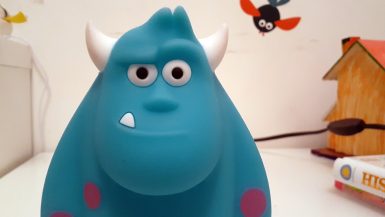