From Arequipa, we took the bus to Puno, our last stop in Perú before Bolivia. The road was beautiful: we climbed high in the mountains in a land of lakes, deserts, volcanoes.

Our bus stopped in the middle of nowhere (literally) and we had a chance to take pictures of the lamas and the alpacas, as well as flamingos. We could barely breathe: at 3,000 meters, oxygen is scarce. Just walking a few meters is hard (smoking not, funny enough – yes, I know).

We arrived in Juliaca, about an hour drive from Puno. The town was a slum: dirt roads, chaos and cold weather. We jumped in a collectivo to Puno and arrived a bit before sunset. It was really cold this time and we slept under three layers of blankets. Breathing is still hard and our head is pounding, a mild case of soroche, altitude sickness. We had bought some pills in Lima, but we tend to rely in the local remedy: coca leaves. We drink mate de coca (basically coca leaves tea) and eat coca candy. Nope, so far no effect on us. Too bad. We are just altitude high then.

We only stayed one night in Puno and took a border bus the next morning. We drove along the Titicaca Lake and completed immigration to enter Bolivia. The process was long (one immigration official on both sides for about 100 people) but fairly smooth.

We are now on the shore of the highest lake in the word: Lake Titicaca. 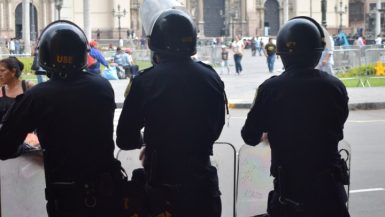 10 Random Things I Discovered in Lima + People of Lima 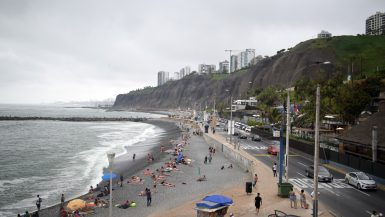 Miraflores, Cliff-Top Above the Pacific Ocean 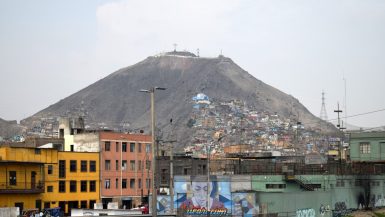