I’m… not sure where to start with Salvador.

Maybe I should start with what didn’t start—Carnival. It should have been last week but, of course, it was cancelled, which is a wise decision everybody can understand.

But Carnival isn’t just “some party” in Salvador. The city lives for these few weeks of madness, not only because it’s fun but because it drives tourism and boosts the economy.

Salvador is unusually quiet. It’s like being in a silent film. And this is not what Salvador is about, it’s a city full of colours and music, impromptu drumming sessions and loud social interactions.

“We’re agonizing but hey, we’re not dead,” a sarcastic graffiti notes in Barra.

Each city stirs unique feelings. Some places make me feel safe and cozy, some make me feel vaguely uneasy for whatever reason—the city layout, people’s attitude or the general atmosphere, maybe. Salvador feels cramped but friendly. It’s a unique place in Brazil, one of the oldest colonial cities in the Americas and the centre of Afro-Brazilian culture. Much like Rio de Janeiro, it’s also a complicated place where people often don’t have an easy life. Even if you’re not wandering into places where you shouldn’t be, you’ll see addiction, poverty and more. Let’s not forget about gun violence, crime and homicides—but hey, low suicide rate, so something is working.

I’m staying in Barra, one of the few neighbourhoods where it’s kind of okay to go out after sunset—there are enough people around that it feels safe.

Most days, I take the long, long walk across the city—or at least parts of it—to reach the Pelourinho, Salvador’s picturesque and vibrant historic centre. It’s an interesting route that takes me through a posh neighbourhood with giant trees growing in the middle of the sidewalk and security guards behind glass doors, then a busy street full of clothing stores and vendors selling acarajé (fried and seasoned cowpeas) abará (mashed beans steamed in a banana leaf) and “exotic” fruits (exotic to no one but me). Then I eventually get to the Elevador Lacerda and the “Pelô” neighbourhood, unless I take the elevador down to cidade baixa but it’s not a safe place to explore alone.

Salvador is too quiet everywhere I go. There are no tourists. Even tireless street vendors just gave up. No one tried to paint symbols on my skin or sell me Senhor do Bonfirm wish ribbons.

I feel lonelier than usual. Cities like Salvador are best explored with someone you trust. And also, what the fuck is wrong with me, wandering alone in Salvador?

Yesterday night, I lost my Internet connexion at the worst possible time—late at night, working on a document with a deadline. I reset the modem but clearly, it was a global outage and there was nothing I could do but hope Vivo was somehow working on it. It should have stressed me out and make me feel even more lonely but in fact, I had the most peaceful night ever. No news. No outside world, just the sound of the air con set at 27⁰C. Weird. I accidently stumbled upon ultimate peace and quietness. 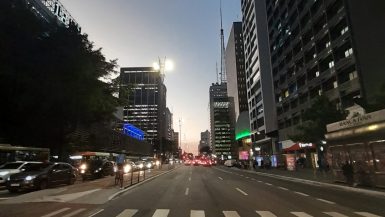 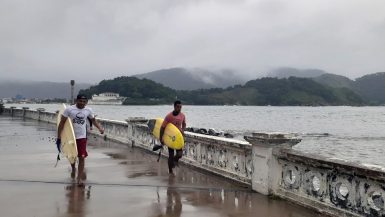