On our way back from Toronto, we decided to visit the Sandbanks Provincial Park, South of Belleville. We had done some research and it looked great: three big sandy beaches bordering Lake Ontario, the world’s largest bay mouth barrier dune formation and plenty of walking trails.

We booked a hotel in Belleville, a forty-minute drive from the Park, and headed there early afternoon with our swimsuits, towels and a restless baby.

Like when we visited Georgian Bay, it was hot and cloudy. And it quickly changed to “hot and stormy” by the time we arrived at the beach.

I’m not a lake person; for me, a beach has to be along the seaside. But I must say I was impressed by the stretch of sand and the clear water at Sandbanks beach. It didn’t feel like I was dipping my toes in a lake at all—and no Nessie in sight!

Mark went straight into the water. My son, the paradox: he screams in the bathtub but happily crawls into the water until he is actually under water. Go figure.

Half an hour later, I noticed the beach was emptying. Everyone was packing and presumably going back to the parking lot. “Meh,” I said. “It’s not raining yet and even if it does, who cares? We are wearing swimsuits!”

Then I realized the water had receded quite a bit. And that the seagulls were flying away from the beach.

“Eh Feng!” I joked. “Doesn’t it remind you of these movies where a tsunami or an earthquake is about to happen and where all the characters ignore the obvious warning signs?”

Two seconds later, Feng pointed out that the air was so static that my hair—and Mark’s—stuck straight up. We were literally charged with electricity.

Before I had the time to say “go,” it started pouring. We ran back to the car and took shelter there for a good half an hour.

Would the rain stop? Should we stay or should we go? We voted for staying. There wasn’t much to do in Belleville on Labour Day, and the perspective of keeping an overactive dragon in the hotel room was enough to convince me to stick around.

We had made the right decision. We drove to Dunes Beach and discovered a sandy bay encircled by huge dunes dominating the scenery. By the time we got there, the rain had mostly stopped. The clouds were gorgeous and the little stretch of sand, right at the edge of the woods, was deserted. I could see the dunes right beside us and spotted a paved path.

“Look, we can probably get closer to the dunes, even with the stroller!”

We got to the bottom of the dunes. And then… well, let me just say that carrying a ten-kilo baby and a stroller on top of a sand dune definitely counts as exercise! It was beautiful, though. The three of us, perched on the dune, overlooking the quiet lake—it was a really cool experience.

Belleville was worth a stop too. We explored the town at night and while it was very quiet because of Labour Day, people were extremely friendly and outgoing. Ontario rules! 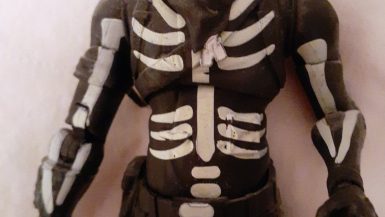 4 Weird, Specific Things That Scare Me in Canada

Six Days All Over a Strange Version of Locked Down Toronto