We are rebels at heart: we managed to break free from “the family”, no small feat when said family is Chinese and as sticky as glutinous 年糕 rice.

Feng’s father stayed in Hubei, as he is attending a conference nearby. Feng’s mother is already in Manchuria, where she is from—she didn’t even bothered coming with us to Southern China. She went there twice, hated it.

And before meeting her in Shengyang, where Feng was born and raised, we decided to take a side trip to Shanghai, a city we had both visited briefly in 1999 for Feng, and in 2000 for me.

We flew from Wuhan to Shanghai with China Southern. The family dropped us off at the airport but of course, they weren’t allowed past the security checkpoint. This is probably the first time in my life I’m actually grateful for airport security, although I did complain when I had to throw away my two lighters.

Wuhan Airport was very small, and our flight was very late. Mark and I passed out as soon as we boarded, and we slept for most of the 1.5-hour journey.

Once in Shanghai, we jumped into the bullet-fast Maglev train (430 km/hour!) and eight minutes later, we arrived at Longyang Station. Our hotel was close to the Bund and to Nanjing Lu, two of Shanghai’s main sights.

We stopped in a 小吃, a small eatery, for food and enjoyed some小笼包—this is Shanghai’s specialty, small juicy steamed buns—then explored the area.

It was raining so we tried to find activities indoor. The Shanghai’s Museum in People’s Square was much smaller than the Museum of History we visited in Beijing, and we quickly got bored with the Ming vases, the Qing calligraphy and the jade.

So we opted for the Bund and the magnificient view on Shanghai’s skyline. You should have seen the look on Mark’s face when he saw all the lights and the boats! Then, we walked on Nanjing Lu. Really, one of the best activities in Shanghai is people watching: the city is very cosmopolitan, there are many Westerners (tourists or businessmen) and Shanghai people take fashion seriously, they dress very well. Coming from middle China, where cities are more traditional, it was quite a change! 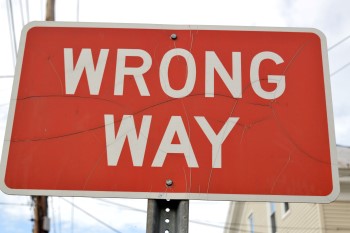 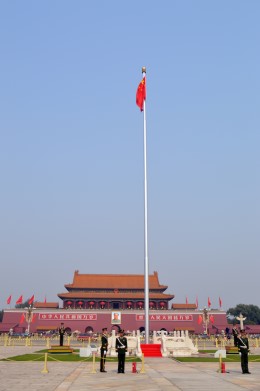