The Woman in Black

The couple walked into the restaurant and sat right behind us. The first thing I noticed was that we had the same shoes, a pair of red rubber flip-flop, the kind everybody wear at the beach. Her feet were tan, like mine, and I could see a whiter patch of skin where the sandals’ strap rested. She had polish on her toenail and wore a very nice watch—I left mine in Canada but I love watches. We must have been about the same age.

But while I was wearing a pair of shorts and a t-shirt, she had an abaya (a long loose-fitting black tunic) covering everything but her hands and feet. A full niqāb completely covered her face and only her eyes were visible through a tiny slot. For a minute or two, while her husband was ordering the food, I wondered how she was going to eat anything. Would she even eat?

She did, and my question was answered a few minutes later when the food was brought. She would take tiny spoonful of rice in one hand, quickly lift the bottom of the niqāb with the other, and put it back as soon as the food reached her mouth. “No wonder she looks so thin” I cynically thought. “I’d be too if I had to eat like that!”

She wasn’t Malaysian—I haven’t seen Muslim Malay women wearing anything else than a simple headscarf—but probably from the Gulf States. There were quite a few couples on the beach earlier, the men shirtless and the women in full abaya and niqāb. Talk about a culture shock.

I kept on thinking about the woman in black. Did she care about what she was wearing under the black shapeless tunic? Did she put on body cream to make her skin smooth? Did she have nice clothes underneath, or just a pair of sweatpants? Did she care more about the little skin she was showing—her feet, hands and her eyes—than the rest of her body? Did she want to be thinner? Did she obsess over the size of her bum?

I’m not going to pretend I understand why some Muslim women wear this extreme interpretation of the Islamic dress-code—I don’t. And even in Malaysia, a country where Islam is the official religion, it looked out-of-place.

Traveling is not just about soaking up the culture of the country you are in—you get to see so much more indirectly. In Malaysia, I learned a little bit about Islam and the customs related to the religion (even though the “woman in black” was quite an extreme example of it). Again, in both Singapore and Malaysia, we walked in Little India and I indirectly, I got a glimpse of the culture. In Thailand, it was interesting to see that Russians, Germans and French are as obnoxious and annoying as the stereotypical American tourist.

Traveling expose you to the whole world, including different cultures and mentalities, sometimes way outside of your comfort zone. 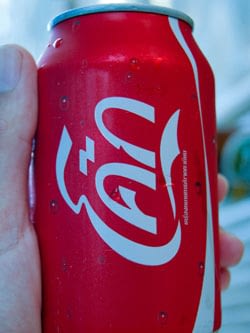