I remember riding the crowded train between Shanghai and Nanjing, a local version of the Central American chicken bus. Carts were packed, finding a free seat was like winning the lottery and you’d better not get anywhere close to the bathrooms (hint: you could smell them from across the train). These trains still exist, but to get to Wuhan, 1,000 kilometres south of Beijing, we opted for the modern high-speed train.

Beijing’s train station is an impressive beehive packed with hundreds of travellers. You have to show your ticket and a piece of ID to get in, then your bags are scanned, like at the airport (although I’m not sure the scan machines were actually turned on…).

We crossed the station to the number ten waiting room. In typical Chinese fashion, it was packed and people were fighting for a free seat. We scored one, for the four of us.

Compared to the slow train, the high-speed train is remarkably clean. It reminded me of the French TGV. The seats were comfortable and I was even able to plug in my laptop!

China feels “exotic” to most foreigners—you picture temples, calligraphy, red-and-gold signs, etc. But as we crossed Hunan and Hubei, we could have been anywhere in the world. Farms, corn fields, more farms… I tend to forget that China isn’t that urban, most of the country is still very rural.

The 4.5-hour long trip went by fast, even faster after Mark finally passed out on his seat. Next stop, Wuhan, the “furnace” of China and the home country of my father-in-law’s family… 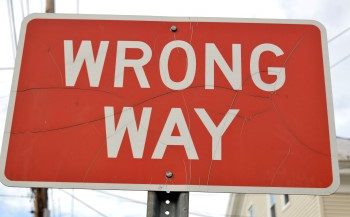