It didn’t take us long to get to there from Ottawa—a quick 4.5-hour drive, no traffic, no rush hour and a five-minute bathroom break at one of the ONroute truck stops off the 401. For once, instead of the typical “road work ahead” signs on the highway, giant yellow letters were urging drivers to “get tested for COVID.”

It didn’t take us long either to realize that most people had left Toronto and that we were going counterculture. On July 2, Canada’s biggest city was just emerging from “grab essentials and forget about everything else” phase 1 of the reopening plan. After almost four months of lockdown, there wasn’t much going on in downtown Toronto—few businesses ready to implement the required public health measures, no office workers and little hope that we could just pick life up where we left off, not after seeing our southern neighbours just kilometres away plunging into another wave of COVID and social chaos.

Nothing that we weren’t expecting, though.

As restrictions are being very, very gradually lifted in Canada, we are rediscovering our favourite activities and people. For some, the priority is to meet friends and hang out in small groups while others are dying for a drink or a meal on a patio. Fashion addicts can be seen queuing patiently in front of clothing stores even though they can’t try anything on, tech addicts are at the Apple even though they could perfectly order online.

We aimed for an easy Canadian getaway because we miss travelling.

I’m not good at staying put.

We knew it wasn’t going to be the same relaxing trip as last year or the year before but I didn’t mind. I rarely travel with a specific goal in mind, much less the one to see all the sights. An experience, that’s what I’m after. I like to sleep in different places, walk on different streets, feel a different atmosphere. I come to see things for myself instead of reading about them in the media. The world never ceases to amaze me, there’s always something cool to learn.

So entertaining or not, I was curious to see how Toronto was withstanding the crisis.

Getting ready for the trip felt welcomingly normal. We booked an Airbnb, one of these tiny, overpriced condos in a tower right in the city centre, and we packed—as simple as that.

The apartment was on Wellington, a couple of blocks from the CN Tower.

And the streets were empty—as in “go ahead, stand in the middle and take a picture” empty.

In fact, the entire financial district was mostly empty towers with fancy, shiny lobbies and a bored security guard invariably playing on his phone outside while keeping an eye on hundreds of ergonomic chairs, keyboards and monitors—basically anything that wasn’t taken by employees to work from home back in March.

The entertainment district was anything but entertaining—theatres, event venue, convention centres, the Rogers Centre, the Ripley’s Aquarium of Canada, the Scotiabank Arena, the CN Tower and hundreds of restaurants are still “temporarily closed.”

We headed to Chinatown for food. Restaurants were open for takeout only and operated with reduced business hours—the new closing time seemed to be 8 p.m. Even for English Canada (you know, these crazy people who eat dinner at 5 p.m.), this is pretty early.

Half an hour later, we hauled containers of zhá jiàng miàn (noodles with soybean paste), bāozi (steamed buns), a cucumber salad with chili oil and a bag of sweet and savoury buns back to the apartment and we went to check out the CN Tower. Then I walked up Yonge Street to an eerily Yonge-Dundas Square. The only people around were food delivery workers speeding by or adjusting their mask, waiting in front of apartment towers.

“So, guys… Niagara Falls tomorrow? Should be interesting—”

“—without Americans, Chinese and Indian tourists and while half of Ontario is in cottage country. Sounds good.” 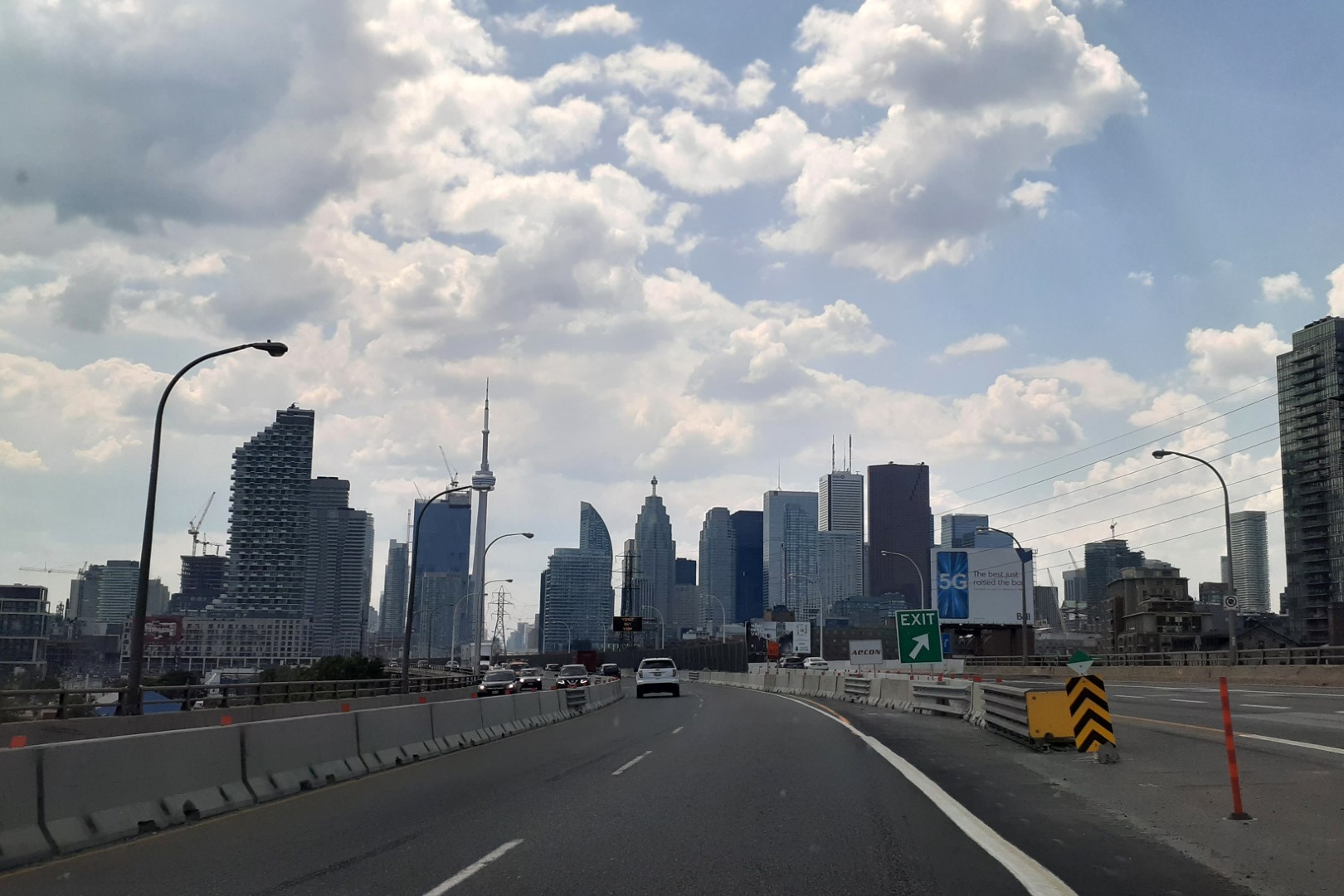