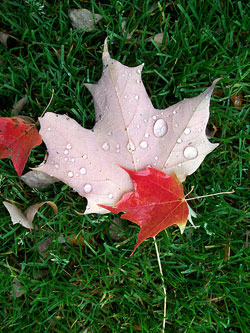 — So, we (want) need immigrants. Preferably (young) not to old, (who won’t need any social help) educated, and (white) who will blend in easily. Oh, and (no terrorists) (preferably Catholic ) — no really, we don’t mind.

Last February, the Premier of Québec called a commission to gauge the province’s feeling on immigrants. Chaired by two academics, Taylor and Bouchard, it would travel across Québec and hear the people. After a provincial election dominated by various debates about immigration, it seemed like the right thing to do. I just wish I wouldn’t hear about it everyday, cause it really makes me doubt of the world we live in.

The provincial government inquiry (which full name is, please take a paper and a pen, I won’t repeat it — the Commission de consultation sur les pratiques d’accommodements reliées aux différences culturelles — really, French isn’t that long usually) is currently traveling in Québec and so far read about 120 briefs and heard more than 1 000 “witnesses” — citizens like you and me. And trust me, they do speak their mind about the “reasonable accommodations”.

The term “reasonable accommodation” refers to the obligation of society (employers, schools etc.) to change some general rules for certain people, under the condition that there is no “excessive constraint”.

A lot of people benefits from these “reasonable accommodations” everyday: guide dogs are usually exempt from regulations against the presence of animals in places such as restaurants and public transportation; most employers will try to put pregnant women in less strenuous positions and as a student you can usually ask for additional time for exams if you have a disability.

This is commonsense. The commission doesn’t challenge that and nor do most people… but things turn sour when religion is involved. Indeed, today’s issue revolve around the question of “reasonable accommodations” of cultural and religious minorities, and where the limits should be drawn.

Now, would you allow a Sikh to wear his turban when working with the public? Would you allow employees to take a day off to celebrate their various religious holidays? Would you allow Muslim girls playing soccer to wear a veil? Would you mind seeing kosher food in your local supermarket? Do you care if schools serve a variety of kosher meals, vegetarian meals, ḥalāl meal etc.? Is it okay for municipal employees to say a prayer before the council?

And so the commission is talking… From the clergyman who want to evangelize Quebec again to the hard-liner atheist who want to remove the cross on top of the Mont Royal; from the small town in the middle of nowhere which outlawed “stoning and excision” (!) to fed-up citizens who want to ban immigration altogether… — the “us vs. them” dichotomy has never been stronger. A few Quebecers already published an open letter, voicing their concern about growing expressions of intolerance toward minorities in Quebec. They don’t want to be associated with racists comments — I understand them.

The target of the rule is more often than not Islam: religious accommodations make the pill harder to swallow for most people.The Quiet Revolution secularized the province but Quebec still has strong catholic roots. A clash was bound to happen. Today (and not for the first time) Québec fears that its identity has been sacrificed at multiculturalism’s altar.

But immigrants are immigrants. We start from zero in a new country but we can’t really erase our memory, the years of tradition behind us. We have a past. “Adapt or go back home!” — I read that many times. It’s true… to a certain extend. Is adapting that easy, really? There’s a huge gap between the desire of some to turn their adoptive country into their native land and other that just want to see their personal freedom respected.

I like Canadian values: a secular society where we are all equal, the multiculturalism and the tolerance. I certainly wouldn’t challenge these values and true, newcomers and locals alike should be educated about them.

That said, I’m pretty sure I contributed to change the face of Canada. Sounds pretentious? Maybe. I did adapt to Canada: I don’t eat the same food as in France, I read English books, go to hockey games rather than to Art Galleries and my mindset changed as well. But I still buy cheese, borrow French books from the library, I can’t bring myself to queue at Tim Horton’s to get my cup of coffee and I certainly won’t eat before 8pm. Voluntarily or not, I brought a bit of my French upbringing in Canada.

We all do, to a certain extend. I’d rather not see women wearing the burqa, but I really don’t mind the veil. It’s none of my business if the bus driver chooses to wear a turban. And I know first hand that it’s not that easy to learn a foreign language, so I don’t always expect the first generation of refugees to speak perfect English or French. Chinese and Italians immigrants are well-known for their respective “Chinatown” and “Little Italy” where we can all sample ethnic food — who’s gonna complain about that? Even our vocabulary reflects the multiculturalism, with words such as “pasta”, “déjà-vu”, “dim sum” etc.

There are basic values that should be respected, but even as a atheist, I don’t mind people wearing a cross, a kirpan, headgear or Satan worshiping teeshirts for that matters. What you are allowed to eat is your business, not mine. And let’s just stress on the fact that a huge percentage of immigrants just want their share of the American dream and will blend in and enrich Canada’s culture. The world is changing. I don’t see a future for homogeneous, tight-knit societies. A country’s identity isn’t something still and unchangeable — it evolves through times.

Meanwhile, the commission looks more and more like a big public vent session. The majority fear the minority. Fear for its cultural identity. Fear that soon, they will be a minority, hosts in their own country.

But where are we going with that daily display of hate and xenophobia?