Valladolid was a breath of fresh air. A large enough city often overlooked by tourists who bus directly from Cancún to Chichén Itzá, it had everything we need, including a number of interesting things to see—minus the crowd. For Mexico, we pretty much ditched the guidebook. Hotels are cheap here and my Spanish is more than enough to get by. We are on our own. It feels great.

In a way, Valladolid reminded me of Arequipa. A city stuck between tradition and modernity, a noble and proud place with a rich history. Sun-drenched colourful walls, women wearing the traditional Yucatán dress, a zócalo center to the life of the people… in many aspects, Valladolid is your traditional Mexican city.

It’s hard to believe all the CNN security warnings and reports on Mexico. I have no doubt there is drug-related violence but I feel it was blown out of proportion by the media. I feel safe in Mexico. Safer than in Honduras, for sure. People are welcoming and it’s not a problem to hang out outside after dark. Like in any place, we still pay attention but again, I would in any major U.S. city.

On the first day, we headed to Chichén Itzá, an hour away. Our second day there was busier. We started by checking out Cenote Zací in the morning. Cenotes are limestone sinkholes filled with fresh water, there are a lot of these in Yucatán and Quintana Roo. I wasn’t expecting much of that cenote because it was located right downtown (sometimes, the less accessible the better!) but it turned out to be better than expected. In the early morning, we were the only visitors and the water was a deep blue, and amazingly clear: we could see the limestone walls and the fishes swimming!

In the afternoon, we headed to Ek’ Balam, a major archeological site. It’s hard to access and it’s much less popular than Chichén Itzá so it was mercifully quiet and vegetation still covered most of the site. In these kinds of places, the atmosphere is everything and wandering around the ruinas almost alone was quite enjoyable. The site isn’t that big but the huge acropolis was well worth the steep climb for the view on the jungle.

Finally, I finished the day around the zócalo for some street photography. Zócalos (main plazas) are often at the centre of people’s life in Latin America. This is where you can grab some street food (and I’m not one to say no to marquesas, aka Nutella crêpes), observe the people, have a good chat and relax. 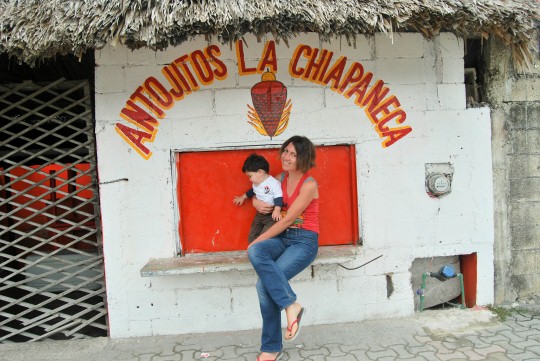 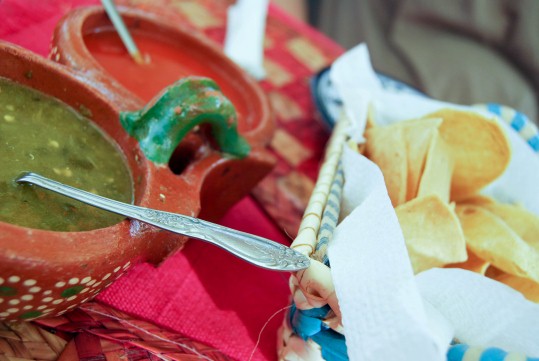 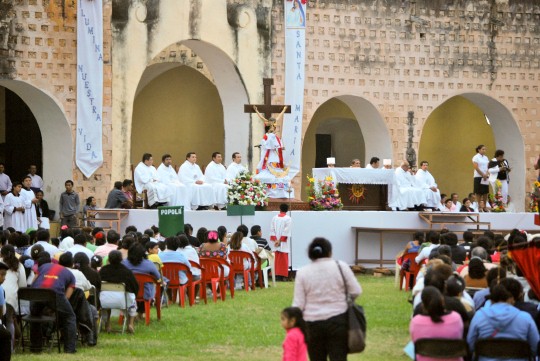