Do you have a Brazilian friend? If not, I highly recommend you to get one. It’s not that difficult, you’ll find friendly Havaianas wearers roaming about the world and settled in the most unlikely corners. I mean, I used to know a Brazilian photographer in Nunavut, of all places.

My own Brazilian friend lives about 17 kilometres south of São Paulo, in the industrial ABCD Region of Greater São Paulo. Yes, there’s a such a thing. To be honest, I doubt anyone knows where São Paulo ends these days—just imagine a city of 12.4 million, 24 million for Greater São Paulo… Anyway, he lives in São Paulo State, that’s for sure.

We met through this blog a few years ago. Somehow, he stumbled upon our adventures in Brazil. My Brazilian friend offers tips, a fresh perspective, insights into this huge country and the Brazilian mindset. He is a unique yet typical paulistano—Japanese roots, rock fan, well travelled, sarcastic, a night owl connected to the world.

My Brazilian friend kindly points out some of my non-Brazilian ways of enjoying Brazil—apparently, you’re not supposed to drink coffee at the beach, go figure. Our experience with the CPF, this magic number every Brazilian has and can spit out on command, also made him laugh.

See, I had resigned myself to being an outcast in Brazil—not because my Portuguese kind of sucks or because I don’t look like a Brazilian top model, but because I’m this person who has to say “não tem” to the “CPF?” question asked a million times a day.

Oh, I’m sorry. If you’re not Brazilian (oi, amigos!), you probably have no idea what I’m talking about. “CPF” stands for “Cadastro de Pessoas Físicas.” It’s the Brazilian individual taxpayer registry identification, an 11-digit number attributed by the Receita Federal do Brasil (Brazilian Federal Revenue Agency). This is a magic number in Brazil. You need it to get a cellphone, a PCR test and other useful stuff trending in 2020, 2021 and 2022.

“Why don’t you just apply for one?”

My friend’s suggestion seemed weird to me at first. I was assuming the CPF was like the Canadian SIN or the French numéro de sécu, a precious number granted to nationals and permanent residents—I mean, having a CPF would make life easier but I’m not going through another immigration process just to get one.

On the other hand, the CFP did seem to be used differently than in France or Canada. For instance, it’s shared all the time, a big no-no in Europe or North America for privacy and identity theft reasons. “CPF na nota?” (“CPF on the receipt?”) has to be the most frequently asked question in Brazil. Brazilians are giving out their 11-digit number all the time—supermarket, airlines, hotels… even when you get some body parts waxed, you’re being asked for your CPF. This is a way to fight tax evasion and citizens get some incentive, basically some kind of tax discount eventually.

“Anyone can get a CPF,” my Brazilian friend assured. “It’s just… paperwork.” Then he ranted against Brazilian bureaucracy like any Brazilian would, but he was pretty sure I could get my own CPF.

I looked into it—he was right.

The process seemed straightforward but it still involved going to Receita Federal with your passport while in Brazil or visiting your local Brazilian embassy. “Yeah… maybe after the pandemic,” I said. In-person bureaucracy is not trending in 2021, as you know.

And he was right again.

While the exceptional measures in the context of the coronavirus pandemic last, the possibility of obtaining the Individual Taxpayer Registry (CPF) registration by e-mail has been extended by the Federal Revenue (“Receita Federal”). In order to send your request by e-mail, please see the instructions below:

1)      Fill in the online CPF form (Please note that you must allow pop-up windows in your internet browser in order to submit the form). A protocol number is generated once you finish completing the form and click on “submit.”

2)      Send your CPF registration application to cpf.residente.exterior@rfb.gov.br. Please attach digital copies of the documents below (PDF or JPEG documents only):

– Photo of the applicant’s face holding the valid passport, in which the photograph and document number must be legible, so that the applicant can be correctly identified.

No more excuse. When I came back to Canada, I applied for my CPF—I had nothing to lose, after all.

I immediately received the following email:

A fancy digital document with a QR code and my name, date of birth and 11-digit CPF was attached. Amazing!

Oh, the irony… I haven’t used my Canadian SIN in years because I’m self-employed and it’s typically only asked by new employers. I lost my French numéro de sécu because I’ve never used it as an adult and French bureaucracy has it on file, but refuses to mail it to me. But I have a CPF from Brazil, a country I have no ties to.

Now if you’ll excuse me, I’m going to memorize this one… em portugês. 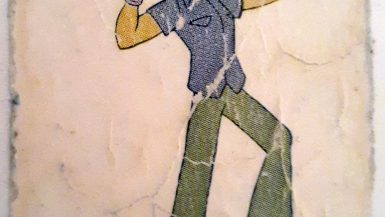