“You Suck!” – Chinese Parenting 101 For Westerners

I was just finishing a book and my daily break at Starbucks when two customers sat at the table next to me.

“What’s in your bag?” one of the women asked her friend in Mandarin.

I perked up my ear. She spoke with a distinct Northern accent, one I’m familiar with.

She shrugged. “My mom told me I got fat.”

The bluntness and casualness of the statement made me giggle, yet I didn’t blow my cover—few Chinese expect your average coffee-drinking Westerner to eavesdrop on conversations in Mandarin.

“Why did you bring your laptop?” the gymgoer asked.

“My parents said my job is dumb, they told me to email someone they know for a better position.”

Western parents rely on science- and psychology-based books to raise a confident child, handle tantrums and difficult milestones, deal with bullying and learn to listen to kids so that they can become their own person. Meanwhile, thousands of kilometres away, Chinese parents occasionally glance at the memo stuck on the rice cooker—“whatever your child does, just state it’s not good enough.”

Indeed, Chinese parents are impossible to please. Of course, they love their children too, but it’s the kind of love that isn’t expressed directly and comes with high expectations and constant criticism.

I was raised by French parents, so I was merely instructed to respect the needs of grownups, not play with food, get good grades, not get caught doing something stupid and find my way in the world. I think I’m one of these rare adults who escaped from childhood unscathed—my parents screwed up a few things but not us.

It’s only in the second part of my life I experienced second-hand Chinese parenting.

I met Feng parents on a Friday night in February 2002, a couple of weeks before my 19th birthday. I was watching TV, they came over unannounced for the weekend and yes, it was as awkward as you may imagine considering they probably had no idea why a Western woman was eating chips on the couch with their son.

At first, my yet-to-be in-laws treated me like a guest, which meant they asked polite questions about France and fed me around the clock.

In the following years, they regularly visited on weekends, always bringing food in Tupperware containers because who knows, maybe we had no idea how to use the stove and could only manage the microwave. Feng worked night shifts so I spent a lot of time alone with them. Evenings followed a predictable pattern of dinner and Chinese TV programs. In a way, it was comforting, especially considering I felt a bit homesick.

However, arguments were a recurring issue. They were always on Feng’s back about something. Typically, my in-laws would make suggestions of things Feng should do, from buying XY brand of socks to choosing YZ career, and Feng would eventually get mad and tell them to go to hell. I was often caught in the crossfire and I didn’t really understand the dynamics, not to mention that my degree in Chinese studies hadn’t included a “shouting in Mandarin” 300-level class.

So, when I was alone with my in-laws, I was making sure to share positive things about Feng. I told them stories about times when Feng had saved the day, I highlighted the skills he had. Probably influenced by these feel-good American movies I kept on watching to learn English, I thought I could fix any misunderstanding between the three of them. Maybe it was time for Feng and his parents to have an open discussion about expectations, clear the air, hug, cry and become closer than ever.

Cultural imperialism 101 mistake. I was imposing my views and norms without understanding the context.

“Why don’t you accept a few suggestions, like the innocuous ones, to make them happy?” I asked Feng.

Granted, most suggestions required Feng to overhaul his entire life and reconstruct his personality.

Feng sniggered at my naiveté. “Yeah. As if it’s gonna help.”

But I wanted my in-laws to be proud of us. I wanted them to like me. I wasn’t yet that confident women I should have become by now, and I was looking for approval.

I never got any.

“How did you manage to become a confident adult?” I asked Feng many times.

“That’s just the way it is. They criticize me because they care.”

And apparently, my parents don’t care about me because they “let” me leave home and live my life.

Even Mark, our biggest achievement, failed to impress my in-laws. I mean, Mark is okay, but we really suck as parents. We don’t dress Mark for the weather, we don’t buy him enough toys, we didn’t register him for after-school programs, we didn’t put him in the best school, we don’t feed him nutritious food, we don’t care enough, we’re not careful enough… the list is long if you bother listening.

“I’m doing the best I can!” I told Feng many times. “I don’t even understand where I failed and why! How am I supposed to guess what your parents want? It’s not like I’m trying to piss them off on purpose!”

So far, Mark escaped Chinese-style criticism. My in-laws spoil him rotten and treat him like a baby, while Feng is way more lenient than I am. So somehow, I became the bad cop, the one enforcing rules. Ironic, isn’t it? 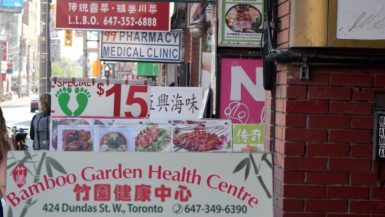 Stop Being Scared of China (and Get a Chinese Massage!) 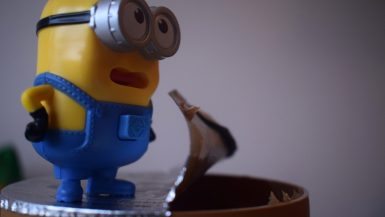 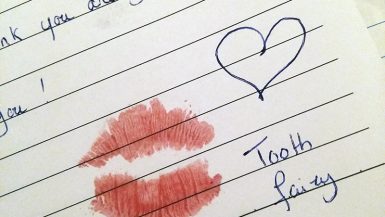